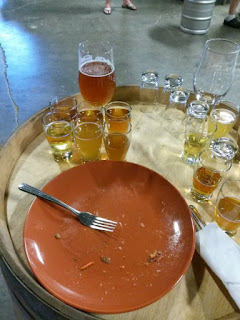 I learned that one of the owners was from Michigan. Not surprised that one beer each from Founders and Bell's Brewery made it to the taplist. 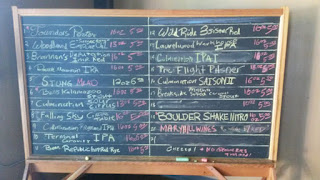 Before the event, I had a pint of Culmination's IPA I, their take on a West Coast IPA. At just over 6% ABV, it was hop-forward and had awesome tangerine-citrus notes. Initially also reminded me of the critically acclaimed Blind Pig from Russian River Brewing. I could drink this all day. 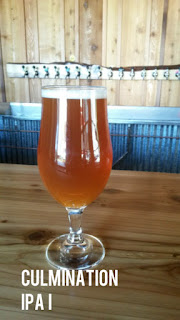 At about 7 PM, us media folk headed to the back for a sampling of beers and an introduction to the owners, Tomas and April.

First up, the Saison II, a balanced, perfumy beer with a smooth finish. Darn good! 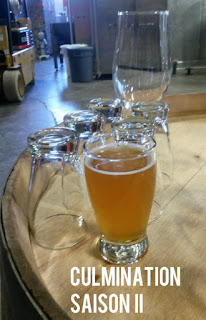 Second, the Saison I, which I found lighter, more perfumy, and likely a more traditional rendition of what I picture a saison would be like. Tasty! 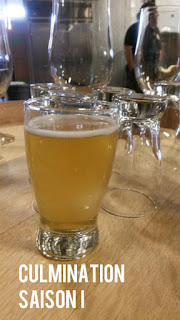 Third on the list was a Coffee Cream beer, which I really enjoyed. Intense coffee aroma, creamy yet a light experience. The owners use Bridgetown coffee and Ethiopian-style beans. 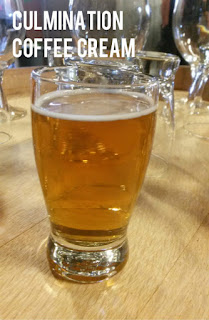 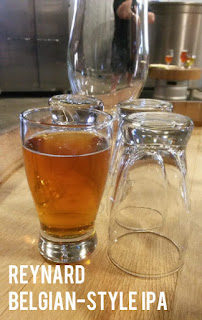 Fifth was Culmination's Citrus Sour beer. I got the sourness even on the aroma, and the beer really lives up to its name on taste. Still, it had that refreshing aspect. Velvety on the tongue and had more body than the others. For full disclosure, I generally don't prefer sour beers, but this wasn't bad at all. 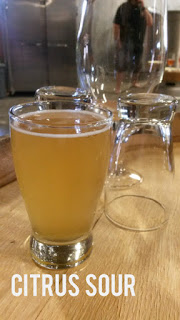 Sixth was the Culmination Mead which uses Cascade hops and ginger. That ginger really hits on aroma and taste. It's not too sweet, and frankly it was medicinal in taste for me. Although to be fair, I'd rather have this than a Halls cough drop. A lighter body with some carbonation. 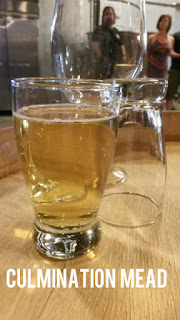 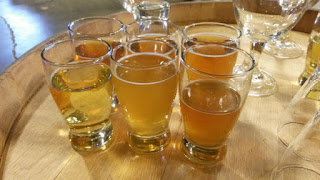 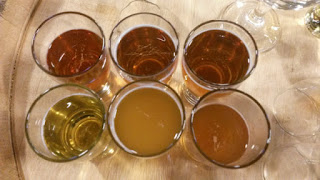 The big glass was saved for another round of Culmination's IPA I. Heck, sign me up for a growler of that. 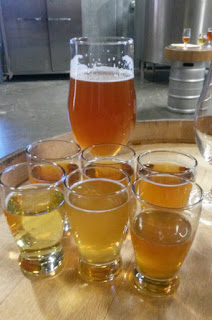 Culmination Brewing has its own head chef making scrumptious dishes. The pulled pork sandwich and salad was excellent. Toasted bun, juicy pulled pork, yummy slaw, delicious BBQ sauce. The salad greens had a wonderful dressing on it, and perhaps finished with a little salt. I could eat that over and over again. 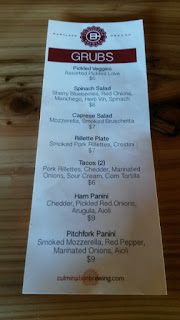 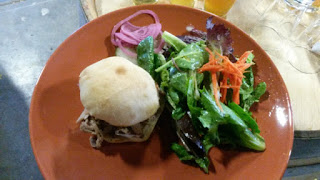 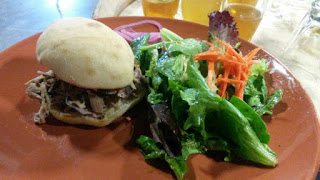 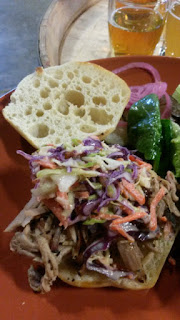 I eventually learned that the head chef has Vermont ties. Can we persuade the owners to make a Heady Topper clone?!

I've also been on a hard root beer bender lately and probably would put that request in for the Culmination owners. Amazing versions such as Not Your Father's Root Beer could serve as a great example for what I am seeking.

Culmination Brewing is a heck of a place to go. I look forward to future trips!
Posted by Aaron at 11:00 PM