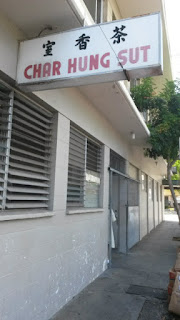 Char Hung Sut is regarded as a popular spot amongst locals for dim sum and their Gon Lo Mein. The place is basically a hole-in-the-wall location that probably hasn't changed in several decades.

Their dim sum items -- ranging from manapua to half moon and pork hash -- is sold individually. Their noodles are sold by the container. 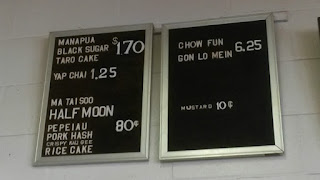 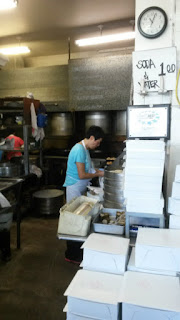 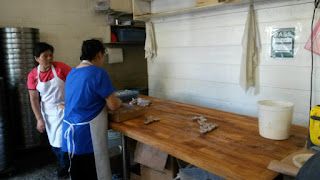 I enjoyed the pork char siu manapua, although I felt there was a bit too much dough for my liking. Pandas want their protein fix more than the dough itself.

Other dim sum items, such as the half moon and ma tai soo (baked with a filling including turnips, dried shrimp, and onions), were darn good. 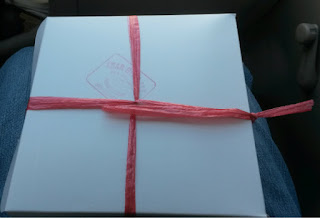 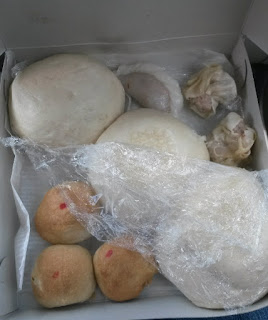 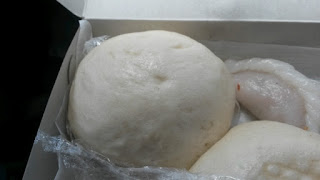 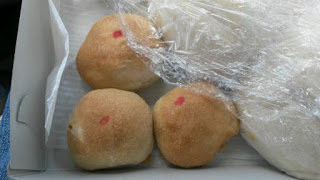 But on to the main event: Char Hung Sut's Gon Lo Mein. It's basically similar to chow mein, stir-fried with char siu and veggies added. There's a light doneness to the noodles in the midst of stir frying, along with ingredients like sesame oil, that give it a great texture and flavor. If I wasn't in such a hurry to get to the airport for my flight home, I would have likely consumed a couple boxes of noodles. 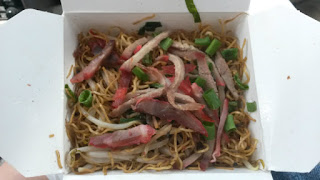 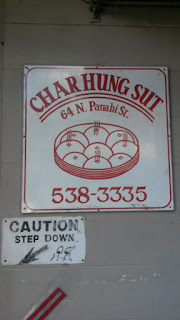 Overall, this place has great prices and great food. Based off the employees who work here, you know you'll be getting some authentic stuff. Head on over to Char Hung Sut! 8/10
Posted by Aaron at 11:00 PM