Stroud's has multiple locations in and around the Kansas City area. This blog post highlights the spot seen on Man v. Food: Oak Ridge Manor. 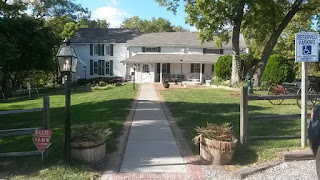 I admit that I had a little trouble finding this place. From Highway 69, you need to find N Hardesty Avenue to get to Oak Ridge Drive. That dead end road runs parallel to I-35 and you'll eventually get to the Stroud's cabin. 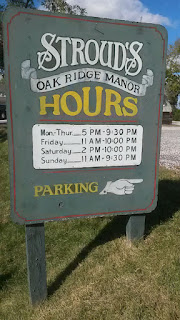 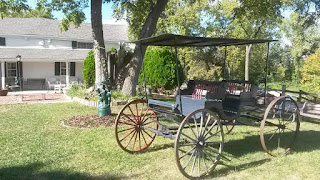 I was shown a table in one of the side rooms. It's fairly dim inside, but the main lobby boasts most of the press they have gotten over the years. 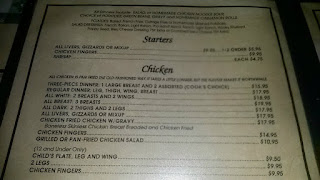 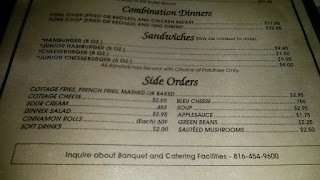 Since Stroud's is mainly known for their pan fried chicken, I got their Three Piece Chicken Dinner ($15.95), which also comes with choice of soup or salad; choice of potatoes (baked potato, french fries, cottage fries, or homemade mashed potatoes); green beans; gravy; and a couple of cinnamon rolls. The chicken is usually one large breast, one thigh, and one leg.

I opted for their homemade chicken noodle soup. Very good, hearty, and comforting. 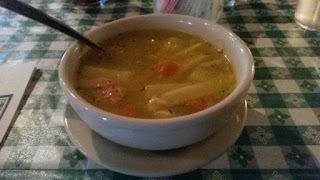 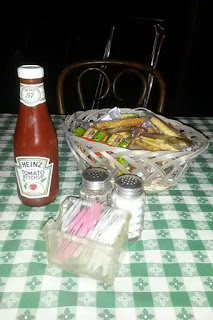 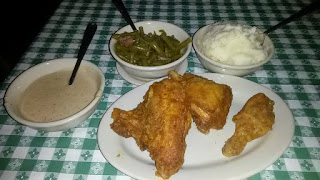 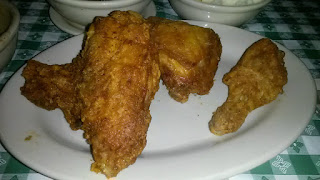 I will be frank on the fried chicken. It's not the best I've ever had in terms of flavor. I've had ones that just KO you with fistfuls of deliciousness. This one was just seasoned fine, not too much or too little. However, I love that they still pan fry the chicken while so many other places have gone to a deep fryer that may remind you when to take the chicken out.

Decent mashed potatoes here, again not world class (which for me is more flavorful and silky/buttery) but still one where I can give the thumbs up. It's something I don't get very often anyway.

The green beans were OK. It unfortunately looked too much like the cafeteria green beans I stayed away from as a kid. Perhaps I got spoiled with the fresh green beans I would make myself or get from a nice restaurant.

As for the gravy, I again wasn't blown away by it, but I did like its velvety, thick qualities.

The cinnamon rolls were easily the best thing I ate on this visit. A lot of granulated sugar on the outside that reminded me of a malasada. Lovely burst of cinnamon. You can get a side order or additional rolls for 60 cents each. Damn good deal. 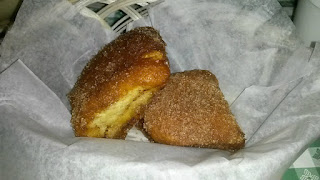 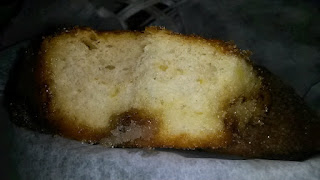 I have no idea if Adam Richman and other TV personalities really overhyped or oversold Stroud's to the general public -- or maybe I've just been completely spoiled by food elsewhere -- but this place was just OK to me. I'd certainly get the soup and the cinnamon rolls again, but perhaps I might have to try some other menu items in case I do return. It is a place filled with tradition and history, and there are huge portions. I'm still glad I went when I had the chance. 6.75/10
Posted by Aaron at 11:00 PM