Grains of Wrath Brewing is located on NE 5th Avenue in Camas, Washington. 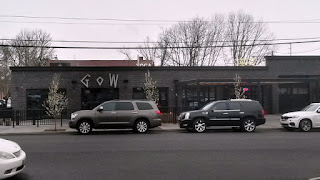 After over a year of waiting (and several beer collaborations in the interim), Grains of Wrath finally opened in March 2018. Brewer Mike Hunsaker first came to Portland to be the brewer at the now-closed Fat Head's Portland location.

There are 26 taps, most of which will be GoW beers. Guest taps, wines, and ciders will also be there. 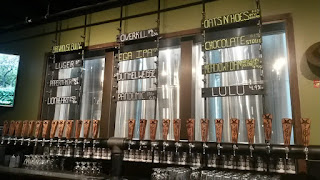 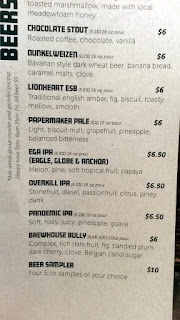 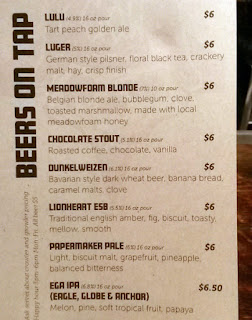 As for food, the burger ($14) is the way to go. 8 oz blend of ground brisket and chuck on a sesame seed brioche bun. Topped with cheddar, iceberg lettuce, onion, zucchini pickles, and aioli. Since I wanted more protein gainz, I added bacon for $2 more. And yes, it comes with fries. 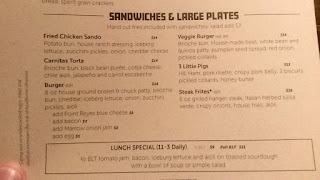 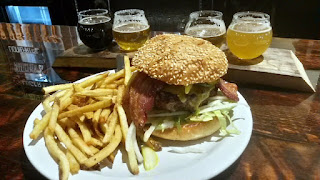 The burger was cooked to my liking (medium-rare). Extremely juicy and flavorful. I loved the zucchini pickles here; not aware of any other place that regularly does that. One of the best burgers I've had in a long time. 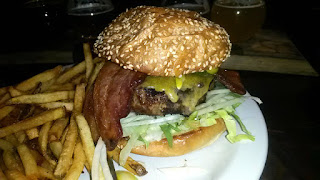 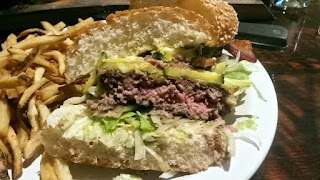 It's in downtown Camas, but the place was not packed when I went at lunchtime on a Saturday three weeks ago. Perhaps over time, more customers will drop in, but only time will tell.

Other tasty options include the Fried Chicken sandwich with their house ranch dressing ($14); Roasted Bone Marrow appetizer ($8), and the Punk Ass Wings ($9). The wings are three whole wings, and do not appear very spicy from the description. 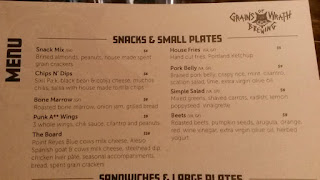 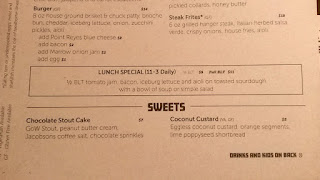 I'm a fan of breweries that have good beer, but become even more a fan when the food is awesome. Grains of Wrath has both. If you get to SW Washington, stop over in Camas and try Grains of Wrath Brewing! 9/10
Posted by Aaron at 11:00 PM