Master Kong is located at the corner of SE Division and SE 85th Avenue in Portland, Oregon. 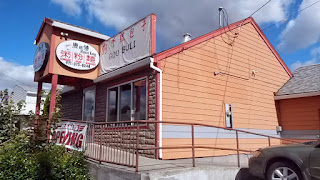 This spot opened in March 2018 and quickly earned rave reviews from The Oregonian, Willamette Week, and Portland Monthly.

It's basically looks like a small house on the outside, converted into a restaurant on the inside. Just a handful of tables, but you can watch the cooks making all the food. While I was there, a lot of Asians could be spotted and a lot of Chinese spoken. I couldn't understand a word, but I figured that's a good thing as far as authenticity is concerned.

The menu is basically in picture form, with no descriptions. 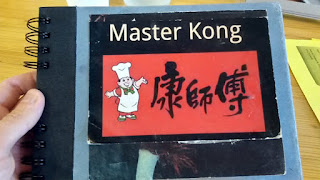 I started with the Jian Bing ($6.50), a savory Chinese crepe cut into thirds that includes onions, peanuts, and fried wonton sheets in it. A delicious jian bing here. A ton of crunch from the wontons, to me more of a crunch than the jian bing I've had at Bing Mi. I think the one from Bing Mi might have been larger, although it has been a long time since I visited the food cart. 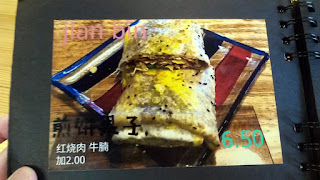 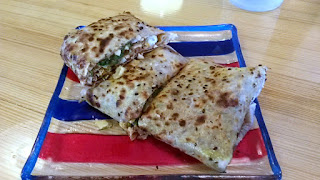 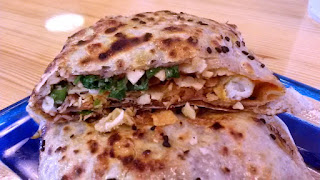 I even saw one of the cooks making a fresh plate of wontons from the wok fryer while I was seated.


The jian bing here is mild and very straightforward. If you're craving more spice, there are spicy options on the table (or a larger selection on the counter near the kitchen area) that you can choose from.

Steamed buns ($7.50), also known as goubuli, were next, a set of six buns were filled with pork, onions, and a touch of warm to mildly temperature-hot broth. Think the xiaolongbao from XLB but larger and not as much broth. 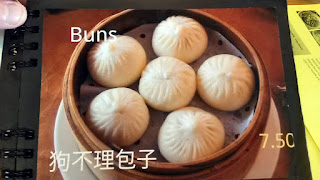 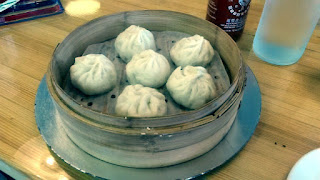 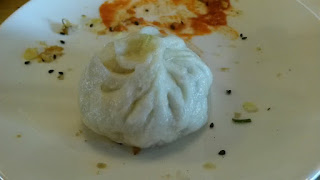 $14 later, the panda was fluffy but at least could waddle out of there. 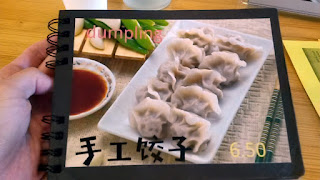 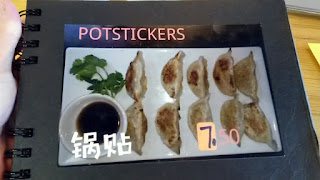 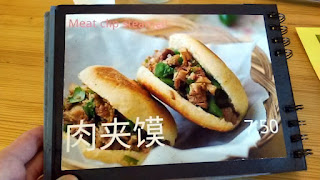 Master Kong opens around 9 or 9:30 every day except Monday. I expect that this place will get even more popular as time goes on and word continues to spread. Head to this elite spot! 9.25/10
Posted by Aaron at 11:00 PM