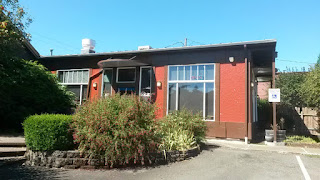 Basically, I'd probably only get out to Dallas, Oregon, to visit a friend, so I don't know the area as well as others. When looking for Saturday brunch, Tater's popped up as a possible choice. Arriving around 10:30, we seated ourselves.

Coffee is bottomless here. It was on the watery side, but still did the job. 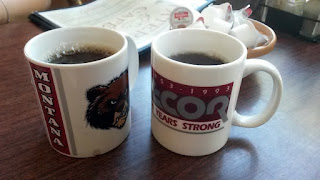 I wanted to try a more unique menu item, so I picked The Chester ($12.95): Ham, German sausage, mushrooms, onions, and cheese over hash browns. Half the dish is topped with hollandaise and the other half with country gravy. 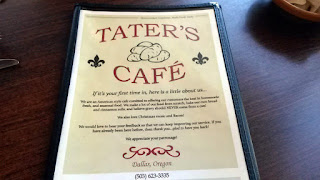 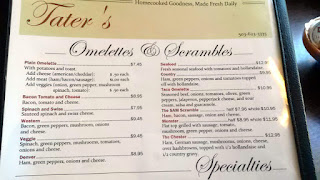 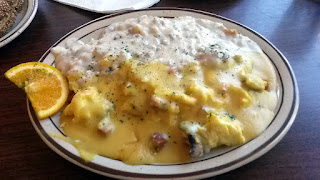 It's a glutton bomb, but it's tasty. The big star for me was the hash browns. Despite being under everything, it retained a lovely crunch. I always want my hash browns extra crispy, and these were some of the crispiest and best executed hash browns I've had. 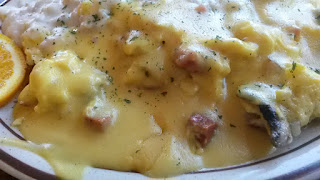 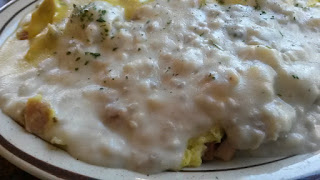 I got a side of wheat toast with my order, but my friend urged me to try their thick homemade white bread. the homemade bread is 100 times better. Fluffy and light. They even use that homemade bread in their French toast, so if you're more a sweet breakfast fan, the French toast may be for you.

Since it's Dallas, there is usually no crazy line, and the people there are usually locals going to their favorite spot.

If you come during the lunch hour, they also have sandwiches and burgers.

I don't know what a bacon waffle necessarily is, but if it's a waffle with a bunch of bacon in it, sign me up. 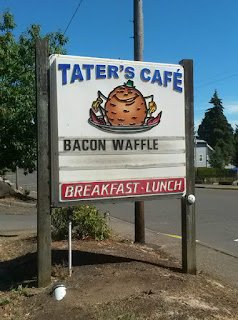