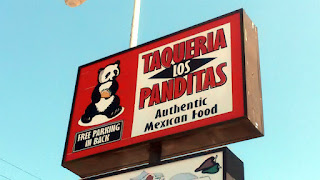 I totally admit that I went here for the business' name. So when I was in the area last month, I went here for a light snack. The menu has a lot of traditional dishes, including an array of tortas and tacos. 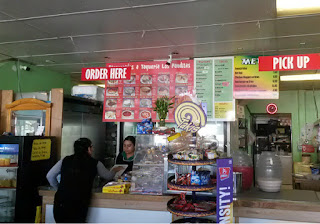 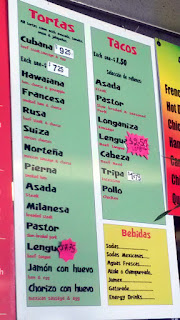 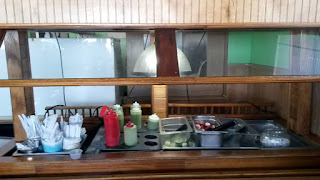 I got two tacos, one pastor and one cabeza (beef head) because science. A couple tacos for $3.25, which was a light jab to the wallet. After about five minutes, I got my order. Double corn tortilla tacos, with lots of onion and cilantro on top. A mild green (verde) sauce was at the condiment bar, along with pickled radishes. 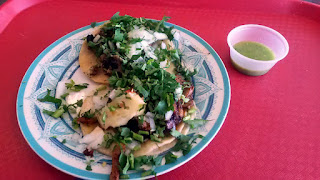 The pastor had good flavor, but maybe just slightly on the dry side. The cabeza was...interesting. It's tender, but was void of any meaningful, standout flavor. Adding the verde sauce helped.

I went slightly outside the box on my order, as I probably would have normally picked meats like carne asada (beef) and pollo (chicken). Lengua (tongue) is usually another safe play for me, but it apparently was more expensive than the other meats on my visit.

The parking may be a tricky one, at least for me. There are maybe five spaces in front, but there's also free parking in the back which you get to by an alleyway in between the Taqueria building and the adjacent building. It's much tougher to notice the first time when driving east. That area of State Street is not always busy so you may be able to back out of the stalls in front of the building without much issue. 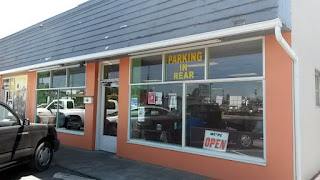 Head to Taqueria Los Panditas for some tacos. I wish there were more pandas inside though.... 6.5/10
Posted by Aaron at 11:00 PM