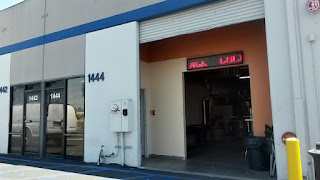 Yes, they have quite the marketing name, but as of right now, you wouldn't be able to find Black Cock Brewing from the street. It's part of a building with multiple businesses side by side, and each with its own door to the outside. It would be very easy to miss from the street - and in fact, we did miss it the first time we went by the area.

Once we found it, though, it's a small space with a few seats in the front. Games include shuffleboard and giant Jenga. 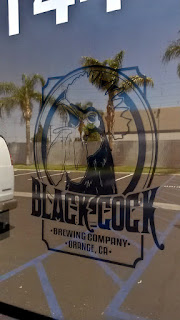 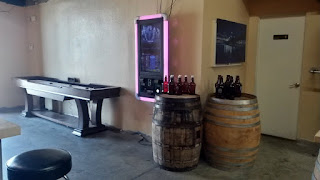 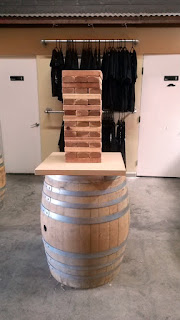 There are eight taps, all for its own beer. You can also see some of the tanks in the back. For people that like to partake in cannabis (it is legal is California), you can add some to your beer for an additional charge. 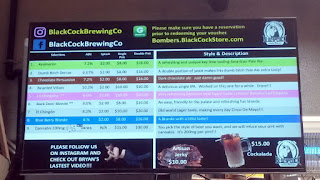 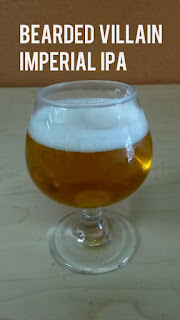 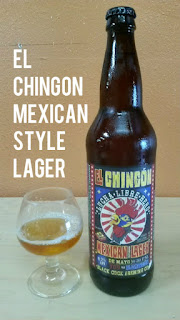 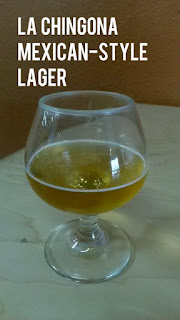 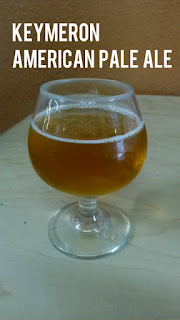 All four beers were very refreshing. A good tip here is to get a flight of four tasters which would probably be about $8. 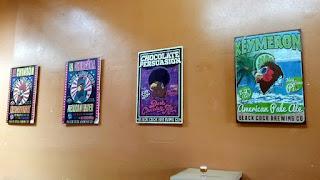 A very laid-back atmosphere, and it might be a good spot to just get away from life stressors in general. Head to Black Cock Brewing for the epic name and the delicious beer! 8/10
Posted by Aaron at 11:00 PM