Penny Ann's Cafe has three locations in and around Salt Lake City, Utah. This blog post covers the spot at W 5400 S in Taylorsville, Utah. 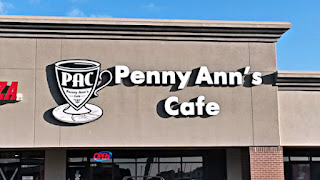 For my first breakfast in Utah, I decided on Penny Ann's, a place that touts their Heavenly Hot Cakes. So much so, that they actually trademarked the name. They have been in business since 2011. 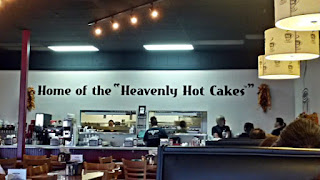 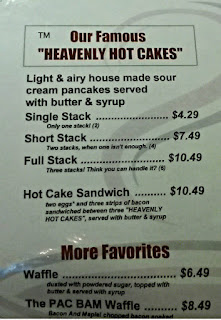 I also saw a bit of Southwestern influence on the menu, with pork green chili as a menu item. You can have it by itself, or use it to smother item, such as a burrito. 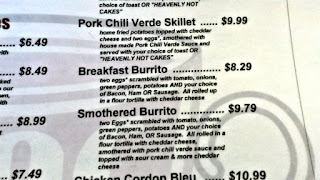 I opted for the Pork Chiki Verde Skillet ($9.99). Home fried potatoes, topped with cheddar and two eggs (cooked your way), smothered with house-made Pork Chili Verde sauce. It's served with choice of toast or Heavenly Hot Cakes, and you know I had to try those hotcakes. 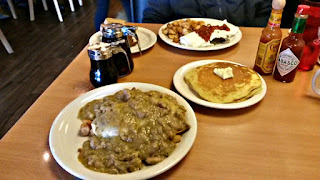 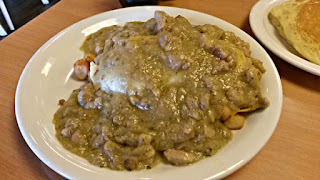 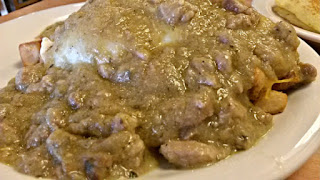 It's a solid, hearty meal. Nothing special on the potatoes, and the eggs, which I asked for overeasy, were cooked to my liking. The pork chili verde was good, but unfortunately on the cold side. Had it been piping hot, this probably would have been on the verge of a home run.

The Heavenly Hot Cakes were very good, on the fluffy side. My order came with a single stack (2 cakes), while a full stack (($10.49) includes six cakes. There's even a "Hot Cake Sandwich ($10.49), which has two eggs and three strips of bacon in between three of those heavenly hot cakes. 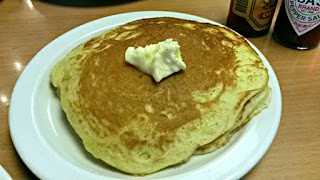 You can get bottomless coffee here for $2.39. Well worth the price. 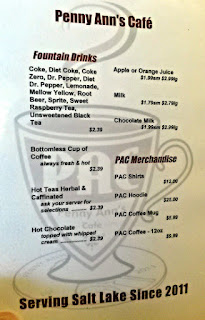 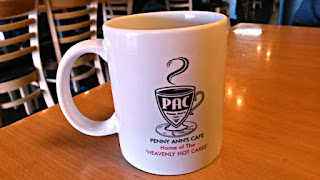 Finally, although I didn't get a chance to try it, Penny Ann's is seemingly known for their pies. The Key Lime Pie would have been my choice. You can get pies by the slice ($3.79) or a whole 9" pie ($17). 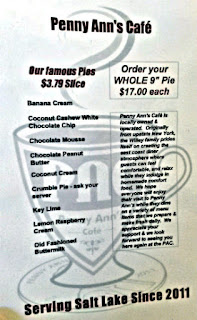 There was a fairly good-sized crowd on a Friday morning. 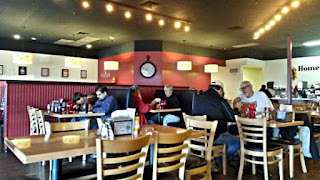