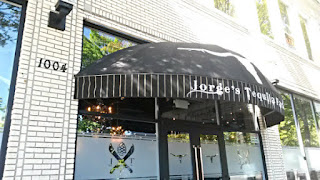 Jorge's has several affiliated spots, including Jorge's Margarita Factory on SE Mill Plain in East Vancouver and Guadalajara Grill and Cantina in Longview.

There's even a Margarita Factory in Hazel Dell that I've gone to several times (and I love it now more than when I previously blogged about it). The Hazel Dell spot pretty much has the same menu, but I don't know if that place is officially affiliated (you'd think it is).

I was in downtown Vancouver killing some time and decided on a quick lunch. Only a few people inside at about noon on a Tuesday, which isn't too surprising given the abundance of food spots in the area.

I took a seat at the bar and all the alcohol stared back at me. So tempting to get a beer or a margarita, and if I didn't have to go back to work, I would have gotten one. 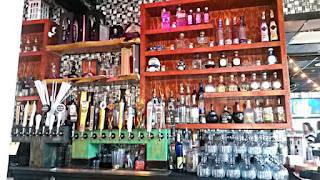 You'll get free chips and salsa here. Warm chips and I loved that it wasn't very salty. Fresh salsa. 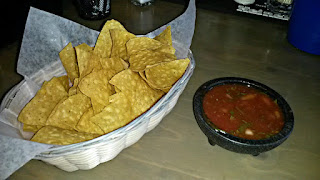 The Tacos al Pastor ($14) includes three street tacos (double corn tortillas) filled with shredded pork. It comes with sides of guacamole, tomato, lettuce, onion, cilantro, and salsa, so you can add however much you want. The tacos come with Spanish rice and refried beans on a hot plate. I also added pineapple to my tacos, since it's a natural pairing with the pork. 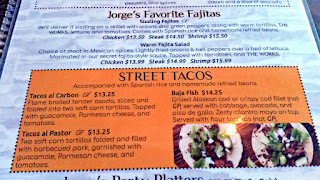 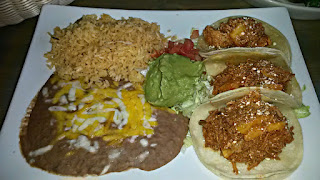 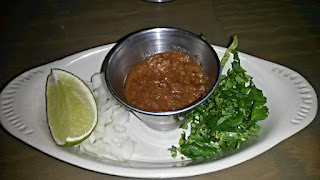 Everything was delicious. Juicy pork piled on the tortillas. For me, a good deal with the amount of food I received. Since I actually had to work afterward (and needed to avoid the food coma), I had just a bit of the beans and rice. 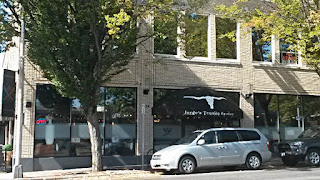 As you can imagine, there's a bunch of tequila here, whether for margaritas or to have straight up. Especially if  you like Mexican food, Jorge's Tequila Factory is an awesome spot for lunch or dinner! 9/10
Posted by Aaron at 11:00 PM