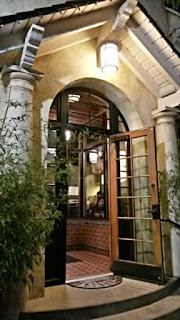 After reading that Takashi was the spot to go to for sushi and sashimi in Salt Lake City, Takashi vaulted to the top of the list when I visited Utah a few weeks back. 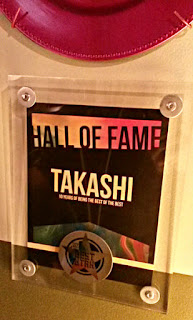 Even after 7:30 on a weeknight, there was a solid 45-minute wait for two people. I figure, had I gone alone, I may have snagged a bar seat quicker. Still, when we did get seated, our seats were put at the bar, which allowed for better lighting to take photos. We got some wasabi and ginger with some hand towels, to start. 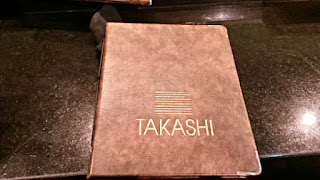 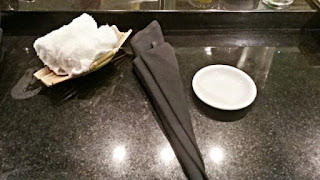 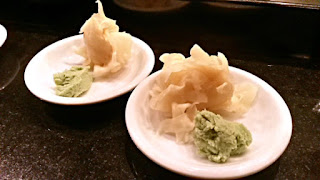 Takashi has a few beers for purchase, some in bottles. I went with a Squatters Brewery Off Duty IPA, a fairly balanced, delicious beer. 6.5%, right around my sweet spot. 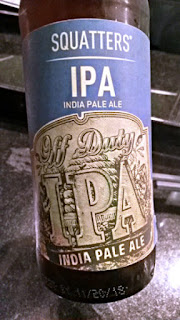 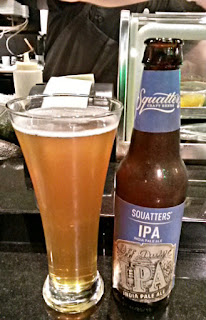 I went for the gusto in trying different dishes.

I started with some of their signature sashimi, namely the Tuna Tataki ($15), seared tuna with Takashi's signature citrus-onion sauce and chiles. I could eat that all day long. 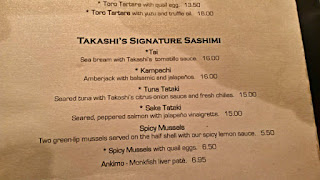 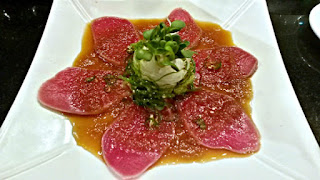 I then got some steamed gyoza ($9),house-made pork dumplings with ponzu sauce and aromatic greens. Another favorite that I wanted more of. 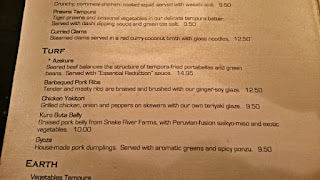 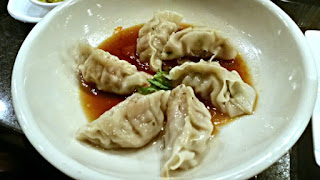 It was then time for some sushi. The Ceviche roll ($13.95) has avocado, cucumber, and cilantro inside, and normally has tako on top, but my mom opted for a vegetarian version with red peppers. The dipping sauce has Thai chiles and has a lovely citrusy kick. 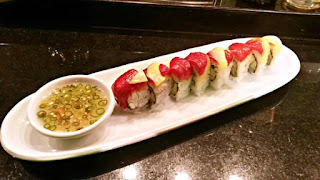 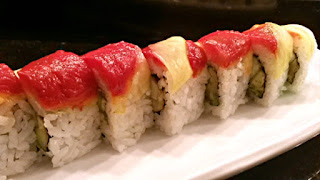 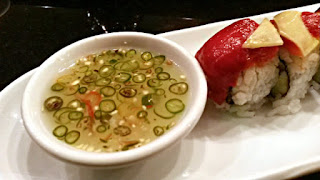 I got the Ramon's Roll ($8.95), which includes tuna, cilantro, avocado, and spicy sauce, with fresh chiles in the sushi itself. Outstanding. 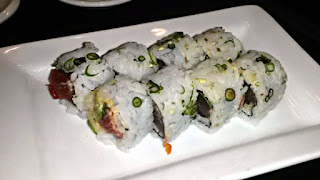 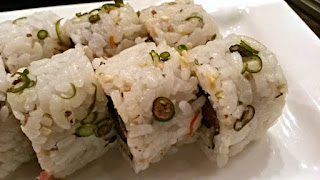 I saw a T&T roll ($10.95) which is a flash-fried sushi roll containing yellowtail, albacore, salmon, and green onion. But I was more interested in trying that "Hotter than Hell" dipping sauce. I was told it had Thai chiles in there, and it didn't disappoint. Good heat, but more importantly, very tasty. 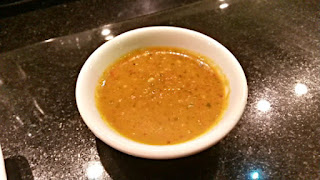 The sushi chefs behind the counter were extremely friendly, and even gave me a sample of real wasabi to try. It's different from the usual green wasabi (basically horseradish) that one usually has. More earthy vegetable root, with a much milder, slower burn up the nose. I prefer that any day over the violent up-your-nose horseradish the general public might be more familiar with. 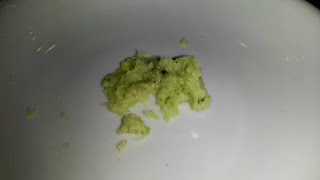 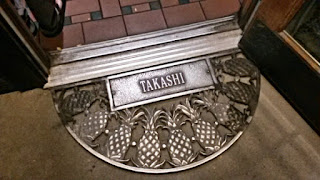 Email ThisBlogThis!Share to TwitterShare to FacebookShare to Pinterest
Labels: The Elite (9+ Rating), Utah