Uncle Clay's House of Pure Aloha has two locations in Honolulu. This blog post covers the spot at Ala Moana Shopping Center. 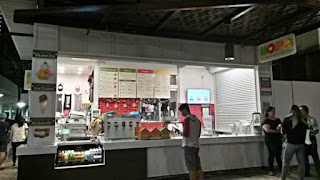 Uncle Clay started as owner of a crack seed (preserved fruits with the seed still in them) and candy shop in Hawaii. As the economy shifted and costs rose, he nearly had to close his business dreams. With the help of his nephew, they rebranded the business to selling shave ice and ice cream. 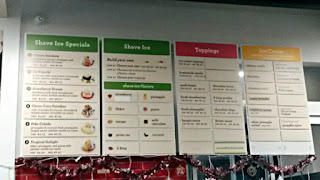 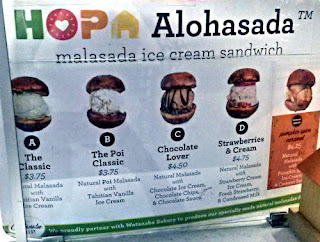 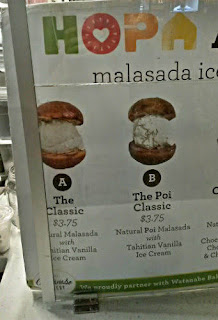 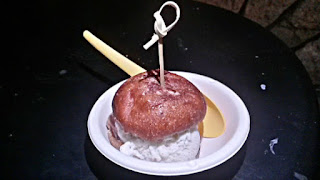 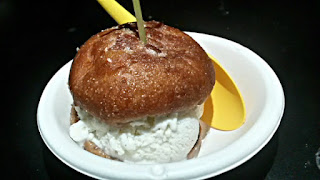 The malasada itself is different from other malasadas I've had. This one is on the smaller side, probably especially made for the Alohasada, but has little granulated sugar on the outside and was slightly sturdier, a contrast to the fluffier, sugary treats I've traditionally seen. Flavor-wise, it's all familiar.

As for the ice cream, you'll get a good portion of ice cream ratio-wise. Excellent ice cream bursting with vanilla.

My friend enjoyed the Strawberries and Cream Alohasada ($4.75), which has strawberry ice cream, fresh strawberries, and condensed milk inside an original malasada. 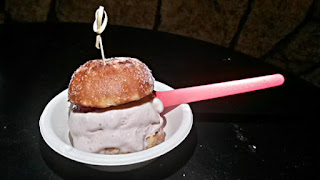 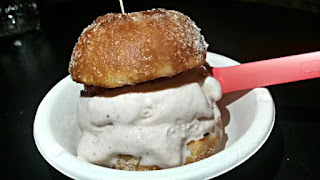 We went after 8 PM on a Friday night, and there were few people ordering despite a packed shopping mall. It is near the Lanai food court, so there are numerous eating spots there. 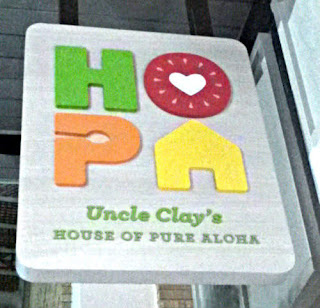 Uncle Clay's has rebranded itself wonderfully. Give them a try - and if you want, try all of their Alohasada options! 8/10
Posted by Aaron at 12:00 AM