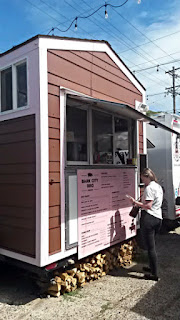 I'd been wanting to visit the Hawthorne Asylum pod for months. They opened back in spring, and I finally got here towards the end of summer. There's probably a good dozen carts in this pod, and Bark City BBQ is toward the back of the pod. Very diverse selection of carts here, too. 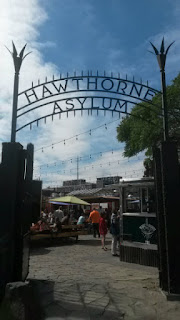 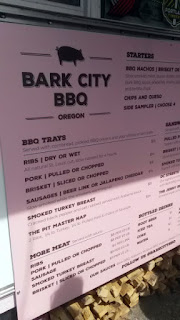 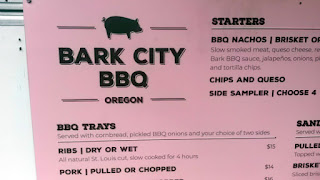 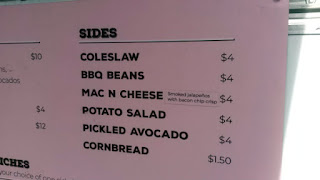 My friends and I shared the St. Louis wet rib plate ($15): ribs with cornbread and choice of two other sides. We picked cole slaw and BBQ beans. We also requested an off-menu spicier Bark City BBQ sauce that has more heat on the back end. So it's not even among the array of squeeze bottles at the pickup window. 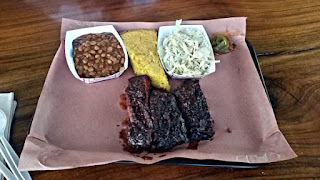 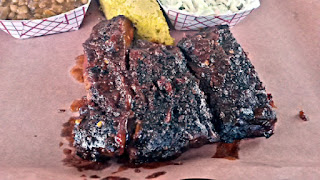 Those ribs are outstanding, fall-off-the-bone delicious. Excellent call on getting that spicier BBQ sauce; the added heat enhanced the overall experience. But just three ribs on the plate? I'd rather pay a bit more for at least a half-rack.

The BBQ beans were good, likely more a pork and beans type of flavor. I enjoyed the crunchy cole slaw, slightly vinegary. A proper wedge of cornbread that may have been cooked in a cast iron skillet. Picked onions and jalapenos were also great. 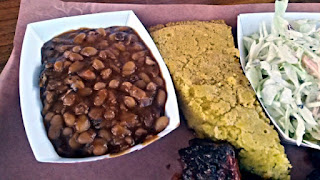 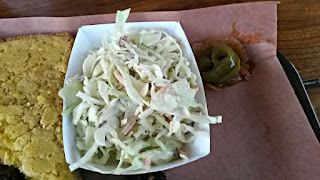 As I was people watching, others left the area with fairly large BBQ sandwiches that likely came from this cart. I may have to get that next time.

I tried a few of the other BBQ sauces. Their BBQ mustard sauce basically tastes like straightforward liquid mustard. The Bark City BBQ sauce itself is a sweet-tangy BBQ sauce. The Red Eye BBQ is a bit more vinegary. 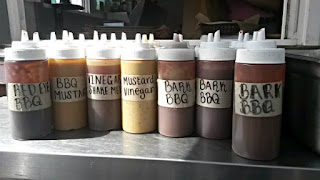 Hawthorne Asylum naturally also has a beer cart near the front of the pod, so I had Glow Torch Hazy IPA from Old Town Brewing. Went well with the BBQ. 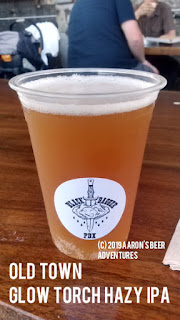