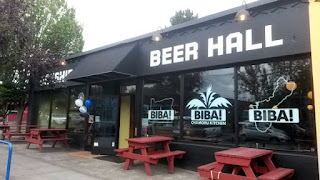 Oakshire began in Eugene (Oregon) in 2006, opening its first Public House taproom there in 2013. The Portland spot on NE 42nd opened earlier this year, taking over the spot vacated by the Old Salt Marketplace.

There are a good 20 taps at the Portland spot, all Oakshire's brews. There are more options in cans, which you can also enjoy at the brewery. 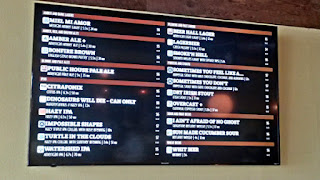 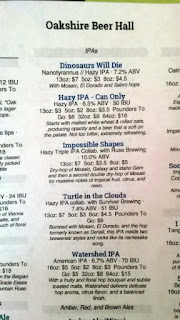 Just like at many breweries, you can order a flight of tasters to get a fuller experience. I stuck with only IPAs and got four 5 oz pours. Prices will generally range from $8 to $12, depending on the beers you get.

While here, be sure to get some food from Biba CHamoru Kitchen, the same owners who ran the former PDX 671 food cart. A short blog post on Biba will be up in a few days.