Big Mama's and Papa's Pizzeria has several locations throughout California. I met up with several professional eaters in Burbank to watch an epic pizza challenge. 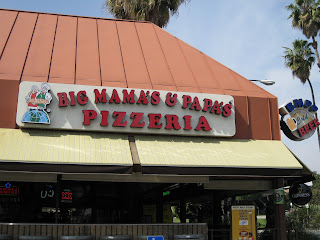 Well, all I can say is thank God I wasn't part of any pizza challenge here. Pandas should enjoy their pizza and not be forced into a full-blown food coma. And besides, dessert rules.

This place (hereinafter, BMPP) is pretty much known for enormous pizzas that are always available to order and be delivered. Heck, there's a cool car outside equipped with a huge pizza jacket on top to keep the food warm. So freakin' cool! 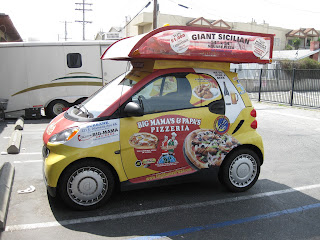 For crazy (awesome) people, take on one of their huge pizza challenges. There are 28-inch, 36-inch, and 54-inch pizzas, the latter being a square instead of the usual rounded creation.

On the 54-incher, you can have up to seven eight people to try and finish a monstrosity that weighs at least 50 pounds. And panda logic meant four of my friends were gonna attempt it. FOUR. (Thanks BMPP for the correction! Still a lot of pizza, though! :-D)

Just to give you an idea of how big the 54" pizza is, here's me standing next to the box that the pizza would come in. 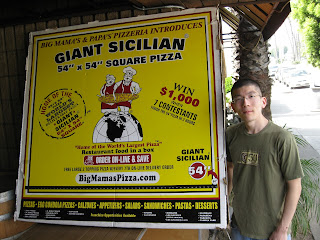 And yes, the pizza is huge. Each of my friends got their own topping for their 1/4 section of the pizza. Mushrooms, tomatoes, onions, and spinach.

In a nutshell, my friends failed, but not as horribly as one might think. They came close, with just a few slices remaining. It's safe to say none of them felt well afterward.


Meanwhile, I enjoyed some dessert because I must always eat that first. They have a great gelato cookie sandwich ($2.99). For me, cappuccino ice cream between a couple of Grandma's chocolate cookies. Yum. 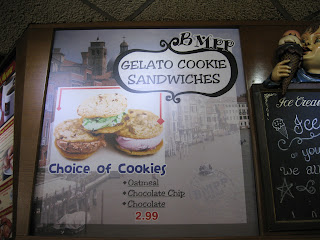 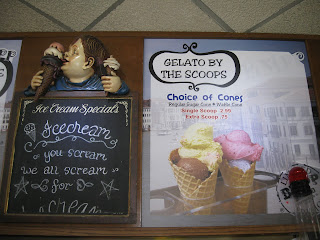 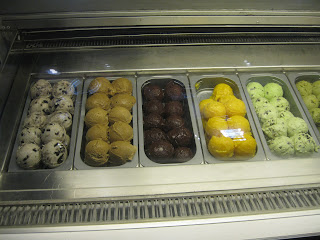 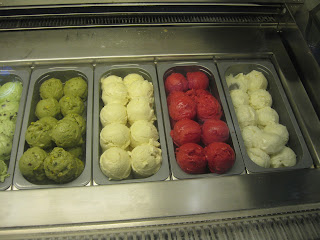 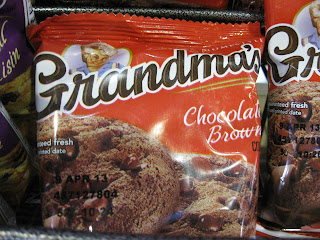 What next? More dessert, of course. A scoop of the raspberry gelato found its way to my stomach. Very refreshing and highly recommended. 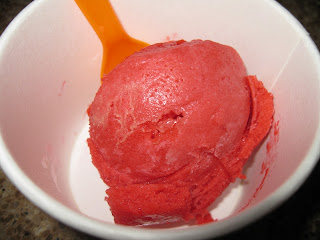 Frankly, I can't really judge the pizza, because all I had was cold, leftover slices from whatever my friends couldn't finish. For the record, I like cold pizza, and the slices I had were OK. I'd probably enjoy it better when hot, though.

Great dessert and fun times with awesome people at BMPP. An epic adventure that I'll always remember. 7/10
Posted by Aaron at 11:00 PM