Another couple weeks have flown by and I'm checking in with another weekend YouTube update. Slowly but surely, the videos that I filmed down in Los Angeles are finding their way onto the Internet. The ones that are already up should give you an idea of why I'm calling it the most epic trip I've ever taken. 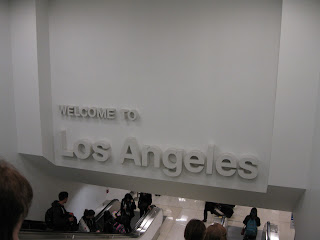 No more than an hour after landing, my friend picked me up from LAX and we were off to Pasadena. Got a bite to eat at the Kogi BBQ food truck and then to Luigi Ortega's. Finally tried kangaroo meat for the first time. Not bad....


For those wondering, I did have something else at Luigi Ortega's. That'll be posted on YouTube tomorrow.

Before leaving, I hung out with Molly Schuyler for a day. Such a cool person to be around. And she can eat a ton of food. So here we were, driving in LA, and I'm due to leave LAX in the next three hours. Let's have Molly stop off and eat a 7-pound burrito! The panda got it on video.


The main reason I went down was to watch my friends tackle the 54" pizza at Big Mama's and Papa's Pizzeria in Burbank. A team of four super-eaters attempted to do what an 8-person squad would have a difficult time with. Or perhaps a medium-sized party.

At least 50 pounds of pizza.


I got to meet some awesome people at Big Mama's and Papa's. There were the other local pro eaters like Jimmy Lin, Kevin Ross, and Pablo Martinez. Miki Sudo came down from Vegas. Jamie "The Bear" McDonald flew in from the east coast. Really became a celebrity meet-and-greet session.

I also shook hands with Chris Wreckless (of the YouTube show Wreckless Eating). Unfortunately, he was only there for a short time before having to leave. Despite the WE persona he puts in front of the camera, Chris is also a real nice guy behind the scenes.

I invited one of my high school classmates to the pizza event, and I finally got to see her for the first time in about 10 years. So much happens in those first dozen years after high school graduation. 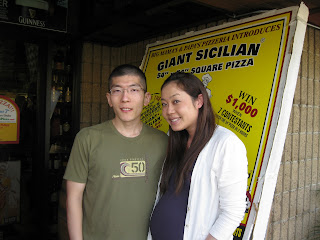 Oh, where did that leave me? Yeah, back to the torture.

My friend from law school is a sadistic person and a real health nut these days. We had some green kale juice and I basically chugged a habanero version of it. Bad idea.


So that's basically part 1 of my Los Angeles video tour. You'll probably see another weekend post in the next couple weeks.

In other lovely videos, I filmed a green juice video at home in early March to release on St. Patrick's Day. I exclusively used green foods -- or foods that had some type of green hue to it. Wasabi was a must to throw in. Durian isn't green, but the package was. While this green smoothie had nowhere near the horrid aftereffects of the kale juice chug shown above, this smoothie was still a horrible idea.


I'm also plodding through my back log of Spicochist Reviews. I tracked down the Doritos Jacked Ranch Dipped Hot Wings chips and wanted to eat the entire damn bag.


Ultimate Heat Corn Nuts was also a great choice. If you're a fan of this snack, I'd recommend it.


I was a bit underwhelmed with the Snyder's Hot Buffalo Wing Pretzel Pieces. Some of the smaller pieces have intense buffalo wing flavor, but the larger pieces might need more seasoning. Still not a bad choice by any means.


Lastly, I recommend buying Torchbearer Sauces products. Sampled their three spiciest sauces and enjoyed them all. They also got several milder options in case you're not a crazy nut like me.

Pro eater Randy Santel told me that he'll be in Seattle from May 2 to May 6. I hope to make it up there that weekend and see him again. Maybe I'll think of doing some type of a challenge when I'm in the area. Gotta always leave that open for consideration.

Back with more video madness in a few weeks!
Posted by Aaron at 11:00 PM