Roscoe's House of Chicken & Waffles has several locations in California. This blog post is for the spot on S Harbor Blvd in Anaheim, CA. 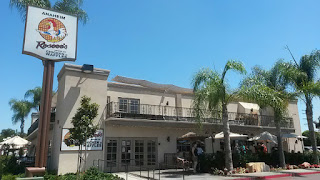 Vidcon 2015 contained so many amazing memories. Before saying goodbye, we all had one last brunch at Roscoe's. Even humidity and a good-sized wait did not stop us.

There are several meals on the menu, most of which contain their famous fried chicken and/or their signature waffles. They even have a special named after President Obama, as the #9 contains three wings with choice of waffle, potato salad, or french fries. 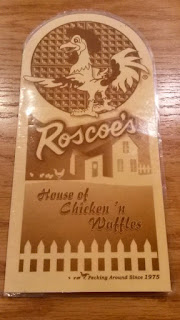 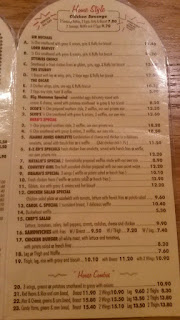 We got lots of warm maple syrup. Sugar for days. 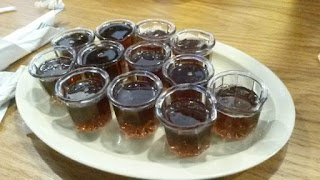 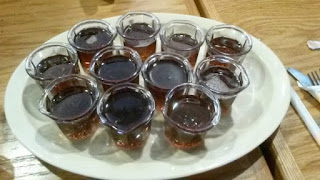 I got the #5 Jeanne Jones Omelette ($11.50): an omelet containing cheese and chicken, served with fries or a waffle. Of course, I got the waffle, and I also smothered my omelet in their chicken chili for $1.75 more. 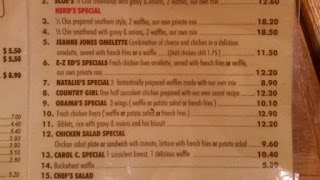 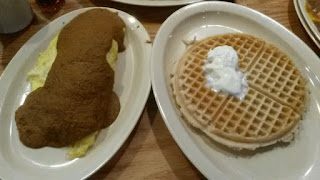 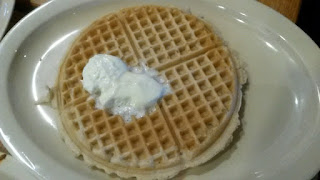 The chili is tasty and has a consistency made for chili dogs; it's thick but with extremely small chunks of meat (no beans). To my delight, the omelet had an abundance of chicken. The waffle had a wonderful sweetness and was perfectly cooked. Golden brown on top and paired well with the omelet. A delightful meal. 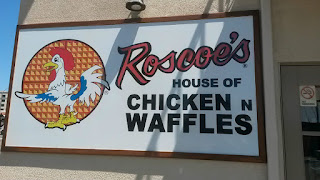 Roscoe's has six other locations in Southern California, from Hollywood to Long Beach. Kudos to the Anaheim staff for the awesome service. They accommodated about 15 of us and pushed several tables together in the process. 8/10
Posted by Aaron at 11:00 PM