Teote is located on SE 12th Avenue in Portland, Oregon. 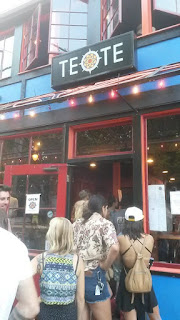 Several years ago, Teote was a food cart under the name Fuego de Lotus, generally serving arepas. Teote Apeperia opened in summer 2013 with mostly the same menu. They now have plate and bowl options (with optional arepa on the side), along with various alcoholic beverages. 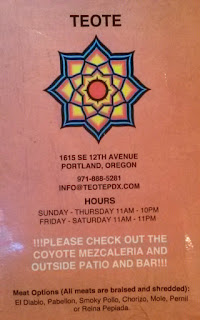 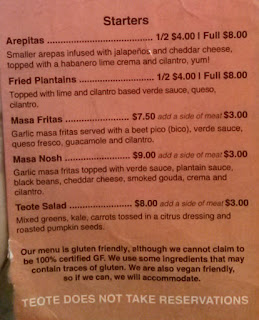 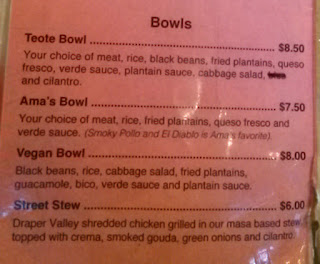 It's a two-story building. People line up to order first, so you might be in a line during peak hours. You'll pay at the counter and then get a number if dining in (a server will find you and give you your food). Choice of dining upstairs or downstairs. 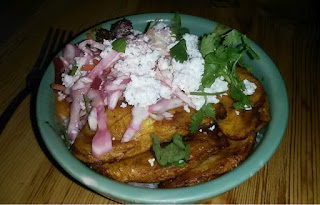 Outstanding, colorful presentation. Juicy, tender pork with a bit of sweetness from the glaze. The crunch of the cabbage provided added texture contrast. Adding some habanero hot sauce was the way to go for more flavor and heat.

No arepa for me this time around, but it's still recommended that you try those. 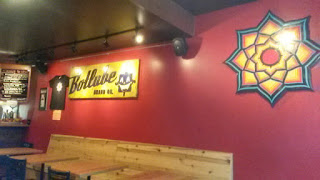 A solid gluten-free option in PDX. Since I believe that there is gluten in the facility, the sensitive gluten-intolerant people should be forewarned on that. 8/10
Posted by Aaron at 11:00 PM