Migration Brewing is a brewpub and microbrewery on NE Glisan in Portland, Oregon. 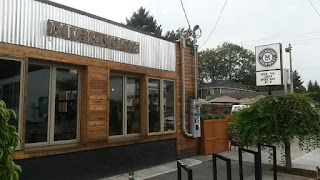 I tried this place for the first time earlier in the month when a friend invited me down for his birthday celebration. Inviting atmosphere at Migration.

Generally, you'll order your food and beer at the counter. It's Happy Hour prices during Timbers and Blazers games, and also at set times on weekdays. Prices will usually be $1 to $2 cheaper. 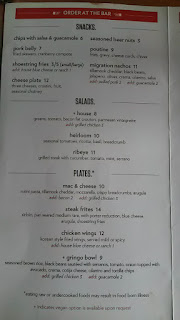 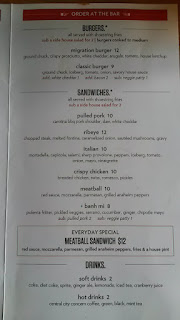 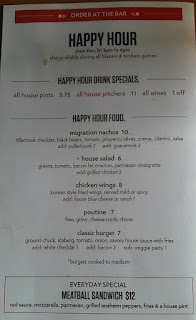 I started with a pint of the Lupulin IPA, very solid beer. Their seasonal 503 IPA was also good, but I preferred the Lupulin on this day. 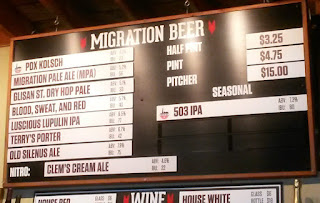 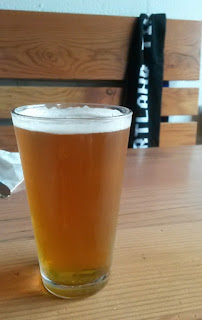 I keep finding places serving poutine, and Migration's version was decent for what it was. The cheese curds looked broken up -- either that, or it may not have been curds at all. Gotta keep the chunks intact. Other than that, this would be a solid Americanized poutine. I enjoyed the crisp fries, and the flavorful gravy was likely a mushroom variety. Paired well with the Lupulin. 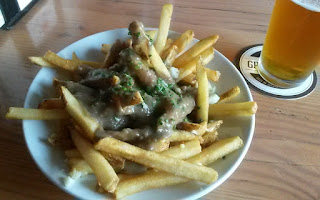 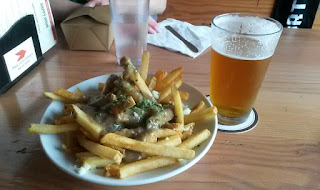 We kicked back and watched the Timbers game. A draw on this day, so both teams got a point. Never been a fan of ties. Determine the game via shootout.