3 Floyds Brewing is located on Indiana Parkway in Munster, Indiana. 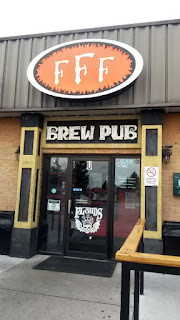 After a big breakfast and a much-needed walk through downtown Chicago (albeit through a major thundershower), I then headed southeast and knocked Indiana off my list of states visited. 3 Floyds Brewing was surprisingly close to where I was, perhaps a 30- to 40-minute drive from downtown Chicago if there's little to no traffic.

Munster is a wonderful small town, a stark contrast to the skyscrapers that downtown Chicago boasts. 3 Floyds is tucked away just off the main road. They also have an adjacent building for a distillery they plan to open this fall.

On Saturdays, 3 Floyds opens at 11 AM. I got there at 10:55 - and there were at least 20 people waiting in line to get in. I knew the place was popular, but even I didn't expect that. The crew staggered groups of people getting in at the start, as not to overwhelm the guys behind the bar. 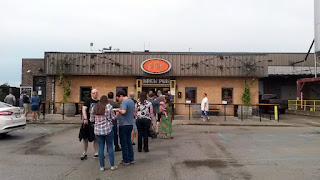 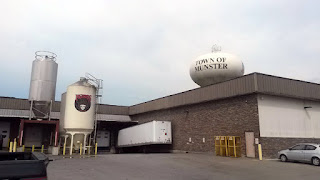 Once inside, I nabbed an ideal seat at the bar, next to the taplist. 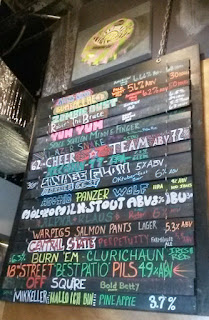 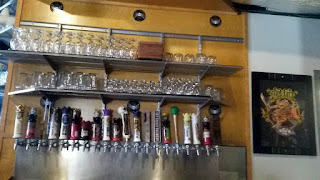 The inside has that typical local neighborhood bar feel. Really loving that.

I then went to town on a few of 3 Floyds' beers: 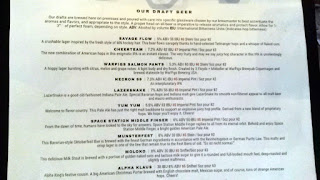 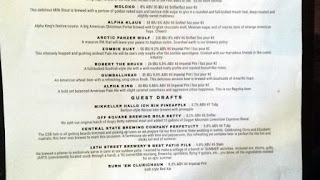 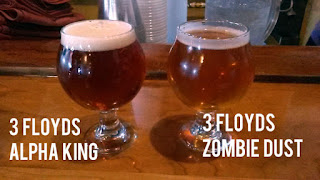 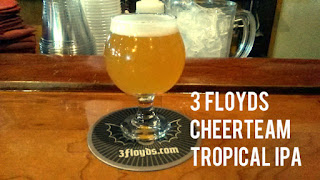 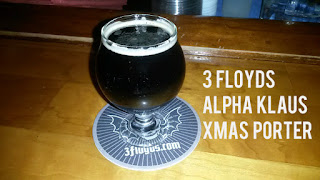 Still a bit stuffed from breakfast, I went with a side of the Floyd Fries ($5): fries tossed in herb butter, Parmesan, parsley, and Alpha King ketchup. Alpha King, of course, is one of their flagship beers. The fries came in a cone that had been placed in a beer mug. Great fries, with a slight crispness on the outside. The ketchup reminded me of an herbaceous tomato soup. 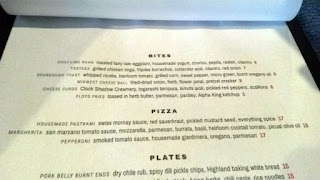 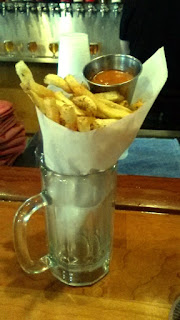 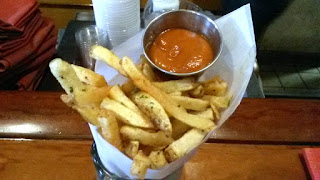 I saw people around me enjoying other menu items like the tostada, Midwest cheese ball (made with five different cheeses), cheese curds, and pizzas. I had seriously contemplated getting a pizza - until the staff mentioned it was a large 16" pizza meant for sharing. I figured I didn't want to completely KO myself on food just yet, as I had yet to find my hotel. 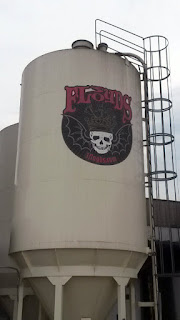 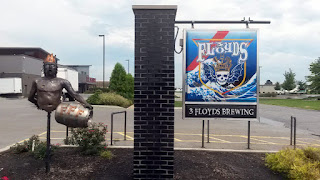 There may be little reason (to me) to otherwise visit Munster, but if you're in Chicago for any reason, Munster (and 3 Floyds Brewing) is a fairly short drive away. 8.5/10
Posted by Aaron at 11:00 PM