This is the second of three blog posts covering the places I visited for Portland Burger Week this year (August 13-18). Be sure to check my other posts (the previous post) and the next blog post for other places I went to! 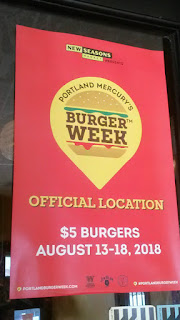 In case you missed the first post, all Portland Burger Week burgers were $5.00 and served from August 13-18. The burgers, as a result, all tended to be on the smaller side so that the participating places could hopefully make some profit from this. Patrons hopefully tipped a bit more generously.

Burger #3 of Portland Burger Week was the Spicy Tails & Trotters Pork Burger from Danwei Canting, a place I had never been to before. Danwei normally is a Chinese restaurant known for dumplings, noodles, and other street-inspired small plates. The special burger included a hand-formed pork patty, pickled cucumbers, Napa cabbage, and a Chinese mustard aioli. The bun I received was thinner and not like the promotional photo from the Portland Mercury, but on the plus side, it allowed me to enjoy all the delicious goodness in between. I loved the unique use of the Chinese mustard, the acidity of the pickled cucumbers, and the added crunch of the cabbage.

I lucked out at Danwei; the line got long after I had received my burger. 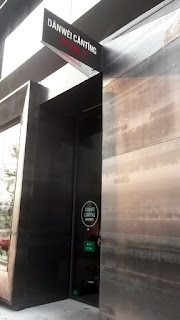 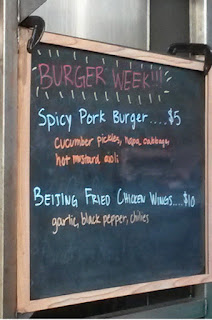 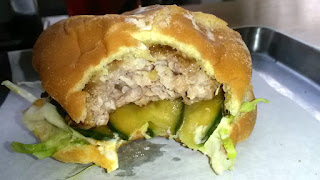 Burger #4 was the Taco 'Bout It burger at Migration Brewing: a seasoned pork and beef patty with Hatch chile aioli, Southwest slaw, tortillas strips, and cotija cheese. This initially made my list for the Hatch chiles, which are in season during this time of the year. More deliciousness here. I felt like this needed a bit more acidity, so even a lime wedge on the side could have done wonders here. Overall though, I enjoyed this one.

The line was out the door at Migration when I arrived, mainly due to Portland Burger Week. 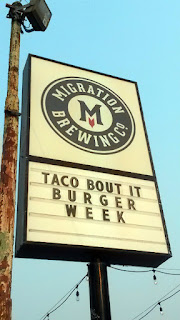 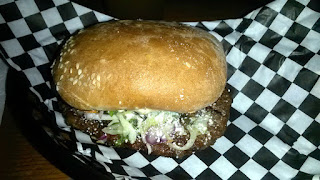 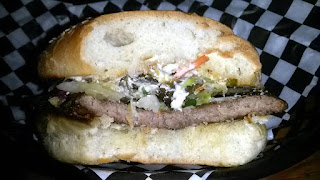 When at Migration, I couldn't pass up beer thirty. Two thumbs up for Migration's Mo-Haze-ic Hazy IPA, a juicy New England-style version. 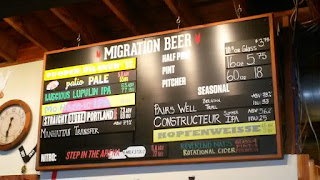 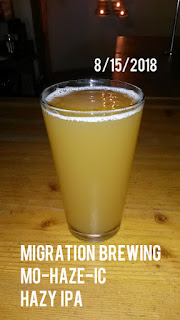 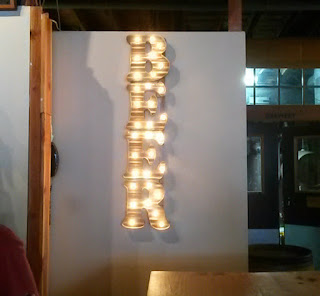 Check back on Thursday for the last in this three-part series!
Posted by Aaron at 11:00 PM