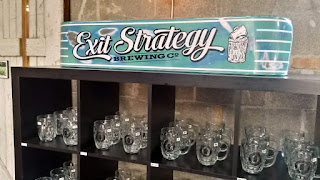 When traveling, local breweries are a must-try for me. Even better, I met up with some friends here who were in town at the same time.

You can park in an alley parking lot adjacent to the brewery. Very spacious and inviting interior from front to back.

There are 16 taps, all Exit Strategy beers, with various beer styles. Unfortunately, two of the beers I wanted to try, Judgmental Dick (for the name) and Mack Owen (because it was a tropical IPA) were not available. I still got three others: 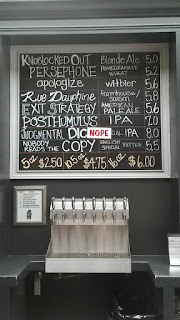 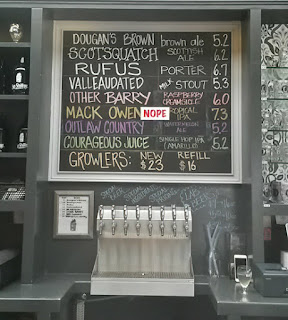 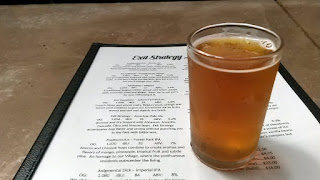 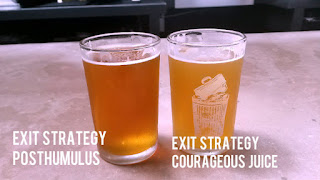 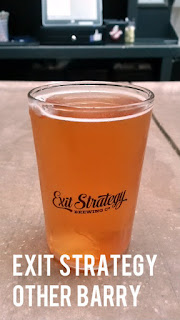 If you're getting food, everyone recommended the ESBC Burger ($16): 8 oz Slagel Farms burger (local beef), bacon, caramelized onions, and havarti on a pretzel bun. Garlic aoili and jalapeno mustard on the side. You can also add an egg for $2 more. Mega thumbs up to the fries that accompany the burger. Wonderfully seasoned and good crispness on the outside. 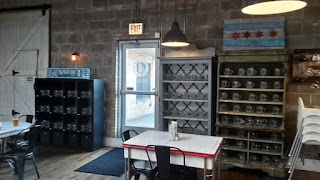 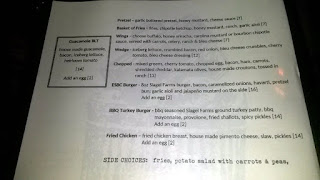 Another dish that piqued my interest was the Guacamole BLT ($14), which includes house-made guacamole. And yes, I would add an egg to that as well for $2 more. 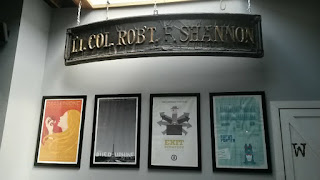