Foster Burger is located near the corner of SE 54th and Foster in Portland, Oregon. I honestly had this place on my radar for over a year, but only got around to it now. Better late than never, I guess? 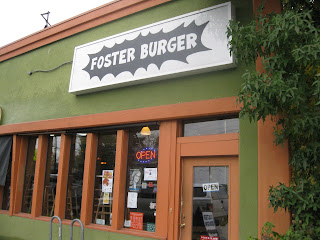 Pandas can't turn poutine down. It's a proven fact, something simply comforting in a dish of fries (or frites), gravy, and cheese curds. From what I'm told, poutine is also awesome hangover food. Not that I'd know (no hangovers in my life).

I walked inside on Halloween (Wednesday) for lunch. Not many people were inside, so I could sit anywhere I wanted. Pretty dim lighting near the bar. The bar stools and tables closer to the exit have much better lighting. 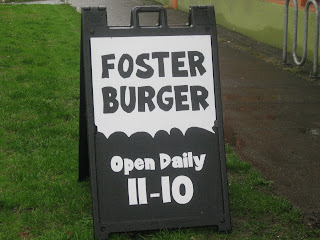 The online menu had about 5-6 different types of poutine, but the current in-house menu only has three. I tried my luck with a FoPo poutine ($8 small, $11 large), where sauteed onions and diced pork belly get added. The usual plain poutine would be $6 for a small, $9 for a large.

The online menu is different and appears to be outdated. There were apparently more poutine options in the past, but it's been trimmed to just three. 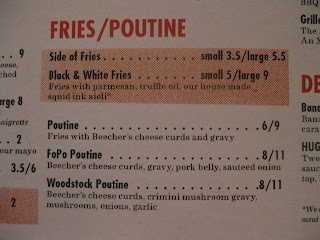 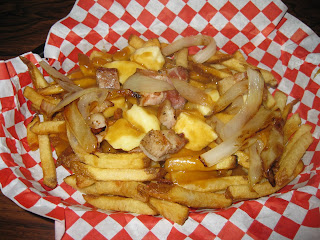 I've found that the gravy really becomes the telltale sign of how the poutine suits my taste buds. This one, a veggie-based light brown gravy with ketchup and wine added, was pretty good. It had good thickness and a bit of sweetness. They use Beechers cheese curds here.

Ultimately, I didn't think the pork belly added much to this one, mainly because there wasn't much to speak of. Tender and juicy, yes. A hint of savory smokiness, yes. Maybe if I had more actual meat to rave about (instead of being 90% fat), it'd be more worth it.

The buns here are from An Xuyen Bakery, literally next door. No problems with that. The "Burner" seems like the choice for the spice-lover. Sriracha, fried jalapenos, and onion strings FTW. Hmm. Got anything spicier?

There's also a large banana split on the menu for $13. Two bananas, 10 scoops of ice cream, etc. That's definitely right up my alley. The "regular" version is $5, if you have the more normal appetite. 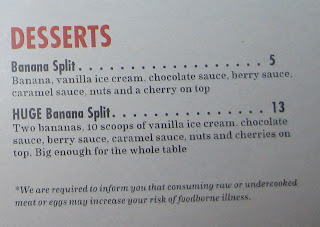 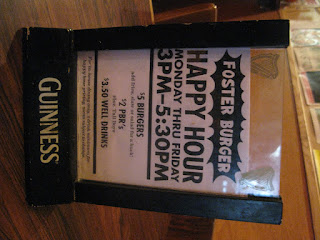 The FoPo poutine was OK overall, but I may have been better off this time with the plain poutine. I'll be back for the burgers.
Posted by Aaron at 12:00 AM