(UPDATE: Jonte's Urban Seafood closed at the end of 2012. Facebook page mentions that the family moved to Arizona.) 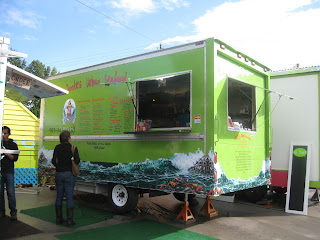 I'm a huge seafood fan, so this had to be on the list of carts to try. There's a decent-sized menu here, with po'boys and platters making up the majority of it.

My friend and I basically did a nice tour of the entire Rose City food pod, so we decided to split a Prince Platter here. One piece of fish, shrimp, coleslaw, garlic bread, and fries. We opted for catfish, and might as well fry it all, right? Live once, live fast, I guess. 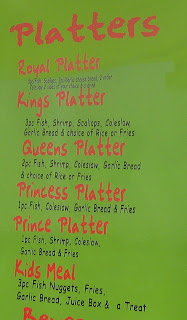 The fish and shrimp each got a light coating of what appeared to be seasoned cornmeal. Unfortunately, no coleslaw available when we arrived, but there's always a next time. 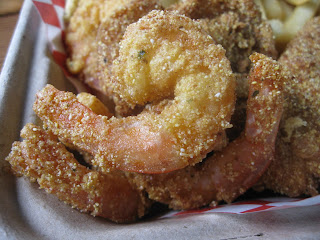 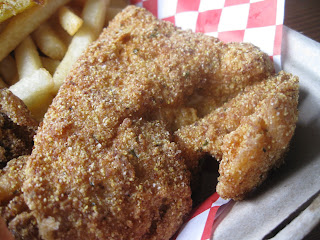 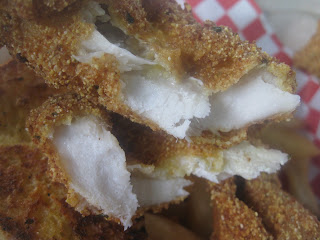 Everything was fried up very well. Very important that both the seafood and the batter/coating get seasoning. It certainly passed my test. Moist catfish, tasty shrimp. The thin crusty cornmeal coating still allowed me to appreciate that wonderful fresh seafood. The bread had a very appealing golden brown, toasty nature. Slightly crispy fries with a soft, pillowy inside, damn right. 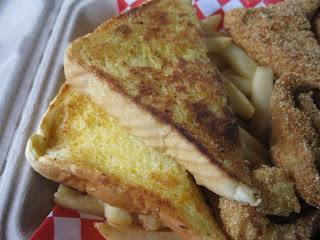 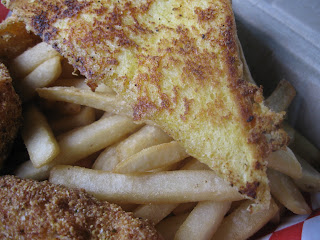 I wish I'd have suggested to my friend to make a super sandwich with everything. You know, put the shrimp, catfish, and fries (and coleslaw if we had it) in between the two pieces of bread. 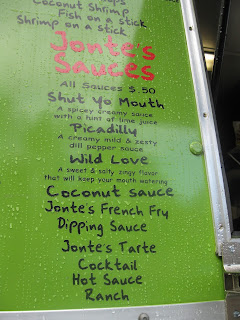 We both tried Jonte's "Shut Yo Mouth" sauce, which has that tangy sour cream base. Sriracha could be in there...at least that's what I was told. Initially, I detected ingredients akin to a KC-style BBQ sauce along with the sour cream. I know, my palate's gone haywire. That's what happens when you eat 16 oz. of Trinidad Moruga Scorpion salsa.