Fatty Patty's is located in the Holly Park Center on NE Highway 99 in Vancouver, Washington. Owner Patty Kasper has served up gigantic portions of food for several years. Jamie Lemons is the manager here. One day last month, I just had to stop in and satisfy my huge breakfast craving. 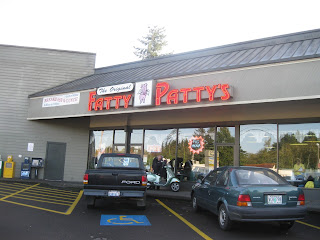 I first got wind of this place through some friends who love eating huge amounts of food. Like a bunch of places in Vancouver, Fatty Patty's is part of a larger strip mall. It's fitting that a pig serves as the symbol of this eatery, because it'll be easy to feel like one after seeing the portion size here. 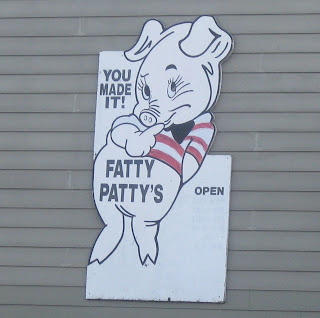 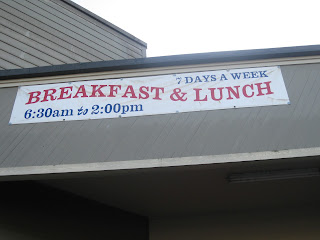 I came in for a late breakfast on a weekday, so the place wasn't as packed as it could be. Vintage diner/dive feel here, perhaps a bit antiquated. The menu is quite huge (and I don't see a link to an updated menu online), so I tried my best to snap photos of all the choices. 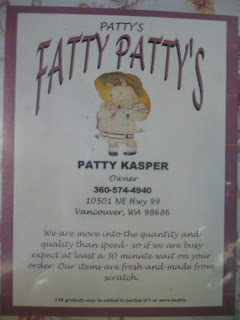 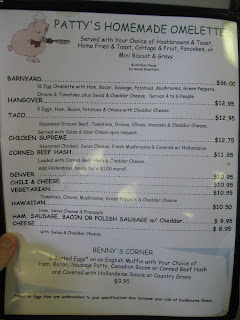 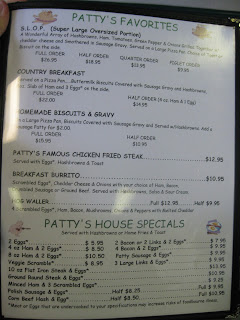 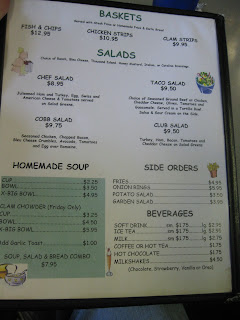 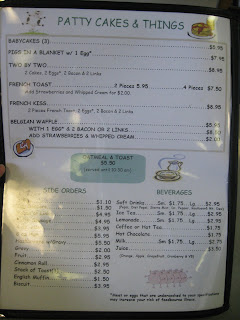 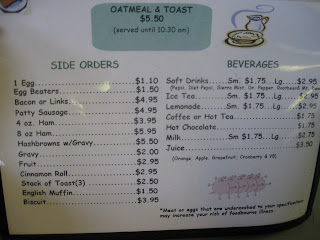 Even for me, I'd need to create a couple of clones to get through their largest meals. The "Barnyard" ($36) is a 16-egg omelet (yeah, 16) with ham, bacon, sausage, potatoes, mushrooms, green peppers, onions, tomatoes, Swiss cheese, and cheddar cheese. Oh, and all omelets come with any of the following: (1) hashbrowns and toast; (2) home fries and toast; (3) cottage cheese and fruit; (4) pancakes; or (5) mini biscuit and gravy. Not surprisingly, the Barnyard supposedly feeds 4-6 people. I'm confident I only need to call in two of my panda clones to take it down.

The "Hangover" ($12.95) is at least an omelet I can probably handle. Only five eggs, with ham, bacon, potatoes, onions, and cheddar cheese. Plus any one of the five sides listed above.

If that's not enough, the full order of the "Country Breakfast" ($22) is served on a pizza pan. Buttermilk biscuits and sausage gravy, with hashbrowns, an 8 oz. "slab" of ham, and three eggs. At least the half order ($14.95) is "only" 4 oz. of ham and one egg. Not sure if pizza pan is still needed. 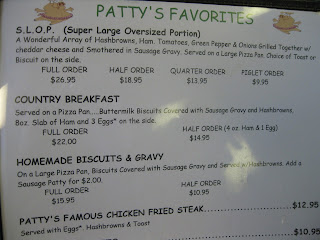 Initially, the server looked at the pint-sized me and figured I'd be suited for the "Piglet" order -- their smallest size at $9.95. Nope, too small. How about a half order for $18.95? We figured that, if anything, I'd be able to take leftovers home and enjoy it reheated.

Once I saw the green platter (yeah, a platter) come out, I figured I had a good shot. The half order of S.L.O.P. is around three pounds. The server brought out a smaller white plate and a large spatula for me if I wanted to ration out some smaller portions. Nah, I'd rather attack the beast!

As a note, the full order ($26.95) would then be about six pounds and is also served on a pizza pan. So it would basically be like the "Large Stuff" challenge at Stuffy's in Longview.

I dug right into the carb-filled monstrosity, and each bite was super delicious. It's piping hot, so don't burn your mouth when noshing away. The soft shredded potatoes made it fairly easy to scarf this down. The ham provided some savory protein, and the veggies gave added color and flavor. And hell, might as well throw a big ladle or two of sausage gravy into the equation. It's a nice thick gravy that brought everything together.

After basically ditching all table manners and plowing through the first half in about three minutes, I figured I might as well go for broke and see if I could take it all down. In seven minutes, I did just that -- then munched on the two small pieces of buttered whole wheat toast that came with my meal. Not completely full, but almost there. Gravy got into all those little crevices within the stomach.

As usual, here's video of me destroying the 3 lb. meal:


I wish they did have an official challenge of some kind. I doubt I'd be able to conquer any of them, but it'd be nice to try and see what my limit truly is. I'm certainly interested in seeing what the Barnyard omelet looks like in person. I've seen a dozen-egg omelet before, but not 16 eggs. 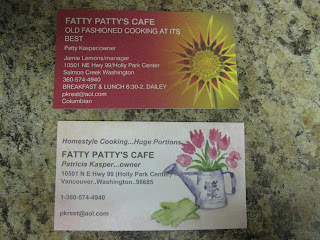 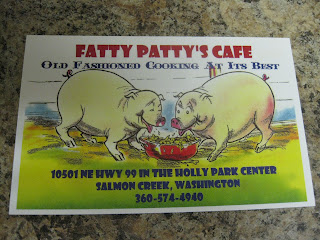 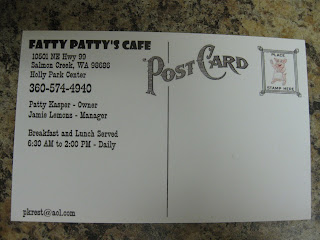 Great staff and a hole-in-the-wall gem if you want ridiculous portions of tasty food! 8.25/10
Posted by Aaron at 12:00 AM