I look forward to the holiday season because we get reunited with seasonal versions of popular foods. As for the dishes we can find all the time, the time of year doesn't stop me from devouring those items as well. 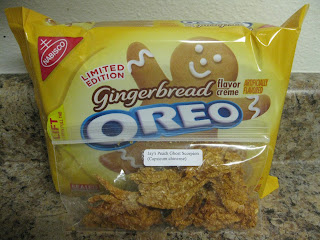 Over the past couple weeks, I've gathered more material to use for future videos. Unfortunately, I'm also a bit under the weather as I type this out. But nonetheless, here are my latest videos.

I released a couple of Spicochist Reviews videos over the last two weeks. The limited-edition "Ghost Chili Apple" hot sauce from Marshall's Haute Sauce was quite tasty. I'm not sure if you can find it in Portland stores anymore, and to my recollection, I never saw it available on their online store.

I also did a video for the "Jose Mendoza" burger at Killer Burger. I personally enjoy it, even though the heat is practically non-existent. Killer Burger recently mentioned on Twitter that you can get serranos added to any burger. Good for me to know. I wonder if that applies to habaneros and ghost peppers. As far as I know, you still can't take their "Marine" challenge burger outside the store. I won't dare touch that one again. Destroyed my insides about a year and a half ago.

I ventured back to speed-eating and tackled a 3 lb. S.L.O.P. (super large oversized portion) at Fatty Patty's in about seven minutes. This was actually still only the half-order. I admitted to the server that there was no way for me to handle a full order by myself. A lot of carbs (shredded potatoes) and fat (country gravy) in there. Another delicious meal, though.

The Ghost Scorpion Gingerbread Oreo video was just another in a growing line of stupid panda stunts. Dispersing tiny bits of ghost scorpion pepper throughout the entire box of Oreos may have helped (instead of keeping the pepper intact and eating that at the start). However, the 2-million-scoville extract significantly added to the torture. People asked why I did what I did. Honestly, looking back, I don't know, either. Some capsaicin cramps, but I recovered.

That's all for this week. I hope everyone stays safe out there. Wishing everyone the happiest of holidays!
Posted by Aaron at 4:00 AM