(Also check out my Serious Eats article on Lauretta Jean's!)

Lauretta Jean's has two storefronts in Portland, Oregon. One is in downtown Portland, near SW 6th and Pine (former home of Cafe Velo), and the newest spot is near SE 34th and Division (the former Pix Patisserie location). 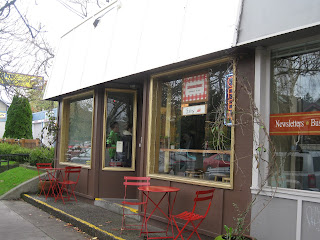 I stopped in a couple of times and got to chat with owner Kate McMillen. She grew up in Idaho and went to college in Montana, but Portland has been her home now for the past seven years. Kate named her business after her maternal grandmother, the person Kate learned to make pie from. It helps to learn from a phenomenal pie baker! 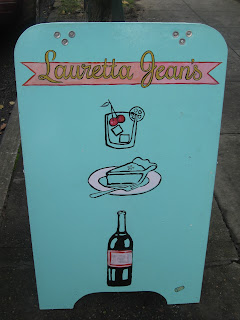 Lauretta Jean's started solely as a pie/quiche stand at the Portland Farmer's Market in March 2011. The first brick-and-mortar location came about when the owner of Cafe Velo decided a change was in order. Cafe Velo's owner stayed to be part of Lauretta Jean's until a few months ago. I've tasted several items at the SE Division spot, whether savory or sweet in nature. All sweet pies, quiches, and hand pies use the same base dough (an all-butter recipe) resulting in extremely flaky, golden brown happiness. Herbs are usually added to the dough for the savory foods. 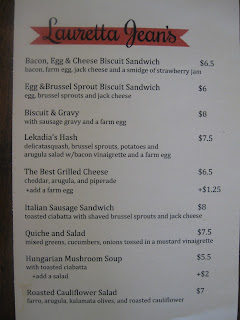 Blueberry Scone ($2.50): It's not your typical crumbly biscuit -- or even scone-shaped. This guy instead looks more like a cinnamon roll (but obviously with blueberries instead). Kate admits that she just loves rolling dough, so why not make something like this? The scone's exterior has a flaky turnover-like nature. Fresh blueberries are nestled among the moist interior layers. 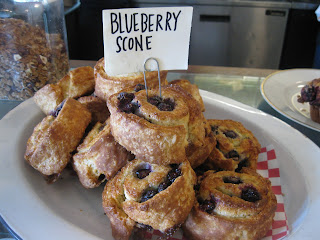 Salted Pecan Pie ($4/slice): A very popular seasonal pie done around the Thanksgiving season. The filling uses a lovely brown sugar-molasses combination, and adding fleur de del contrasts wonderfully against that. Kate orders whole pecans straight from Georgia to put on top of the pie. And did I mention this pie has bourbon? Yes!Also, don't forget about the Derby Pie, which is their salted pecan pie with house-made chocolate drizzled on top! 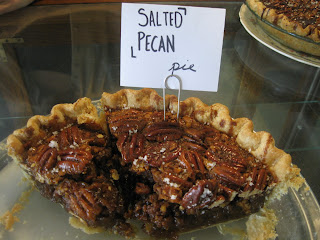 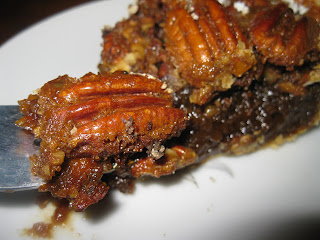 Vanilla Latte ($4): Lattes are $3.50, but it's worth the extra 50 cents for the house-made vanilla syrup that uses Madagascar vanilla beans. The milk is wonderfully frothed and some of the baristas here can get fancy with those designs on top. As a note, Stumptown Coffee Roasters is the coffee of choice here. 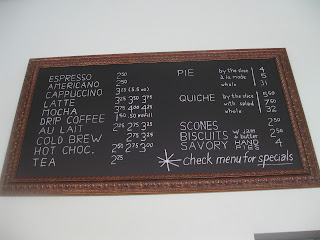 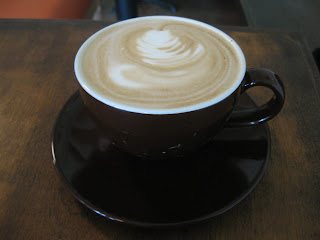 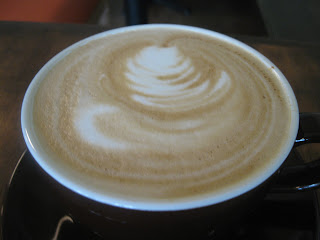 Lekadia's Hash ($7.50): Pandas love savory, balanced dishes, and this is a damn good one. I actually never knew Delicata squash existed until trying this and the quiche (see below). I love the oven-roasted variety for its buttery-like qualities. The pan-roasted Brussels sprouts here retained an awesome crunch and had a slight aftertaste similar to mustard greens. I grew up eating mustard greens (thanks to my own maternal grandmother). A nice fried egg with the yolk still runny. Oh, there's bacon in here. That means instant winner. 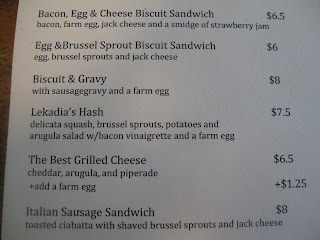 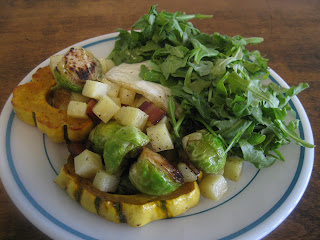 Delicata Squash, Bacon, and Goat Cheese Quiche ($5.50/slice): Again, bacon = win. A slight bite from the goat cheese while still being able to appreciate all the other ingredients. Same all-butter crust as the pecan pie, but a hint of herbs in the dough here because this one is savory. 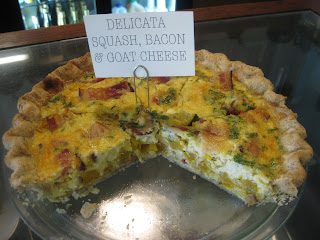 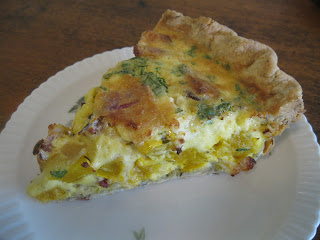 Blue Cheese and Caramelized Onion Hand Pie ($4): Oregano and thyme are added to the dough for a more savory feel. Perfect caramelized onions, broken down but still possessing that slight crunch. Just a bit of locally made blue cheese gets added, enough to know it's there but not overpower the onion experience. 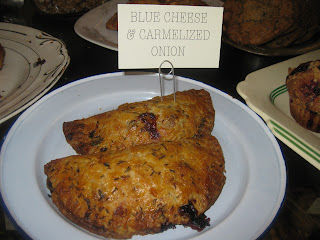 There should be a number of seasonal pies, depending on the time of year. Some of Kate's favorites on the menu include the grilled cheese sandwich and the biscuits and gravy. Check out Lauretta Jean's ASAP! 8.5/10
Posted by Aaron at 12:00 AM