Ozzie's Deli & Gyros is located on SE Washington in Portland, Oregon. Ozzie's is actually inside Mall 205, not far from 24 Hour Fitness. This family establishment started in 1979 and has been in Mall 205 since 1996. 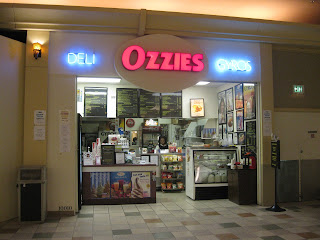 While Ozzie's specializes in pocket bread sandwiches, fans flock here for the gyros. With Thanksgiving in full force at the time of my visit late last month, I coulda tried one of the turkey sandwiches there as well. But my usual gyro bender kicked in like clockwork, so my mind had already been made up. 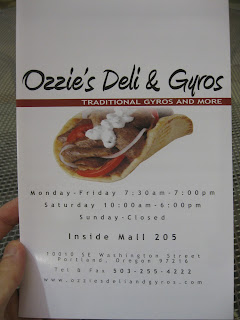 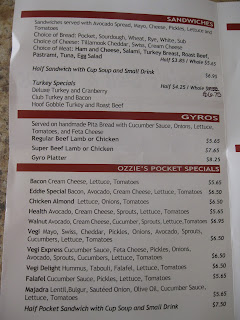 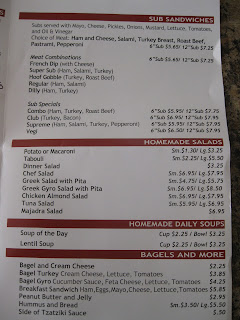 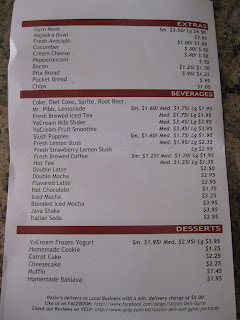 The Super Lamb Gyro ($7.65) starts with handmade pita bread. A generous pile of thinly sliced lamb is piled on with cucumber sauce, onions, lettuce, tomatoes, and feta cheese. I loved the portion size, and it made me stop for a bit to figure out how to best attack this beast without utensils. 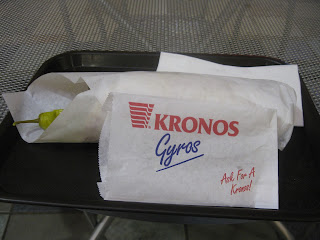 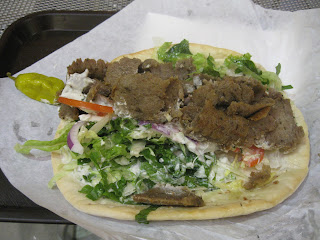 Juicy, tender lamb, perfectly seasoned. Fresh vegetables. I especially loved the use of red onion for extra color and presentation. Enough feta here to know it's inside the gyro. I found their version of tzatziki slightly runny, but refreshing and pleasing. I thought the pita was a bit too chewy for me, but it's easily fixable with a short time on the flattop. Flavor-wise, it's an excellent gyro. A few bonus points for the handmade pita.

You can also get some tasty subs here. Several meat choices are available, such as the Super Sub (ham, turkey, salami). A few sub specials like the Supreme (ham, turkey, salami, pepperoni) would be a few cents more. Salads and soups (usually a couple of soup options per day) are also offered.

Since Ozzie's opens for breakfast, there are bagels as well. The Bagel Gyro ($4.25) is the most intriguing. Never thought about topping a bagel with just cucumber sauce, tomatoes, lettuce, and feta. Maybe you can add some lamb to that as well for a few bucks more?

For the sweet tooth, the desserts in the display case looked great. The panda had to channel some willpower to avoid going overboard. For the warmer days, Ozzie's serves YoCream Yogurt and slush drinks. 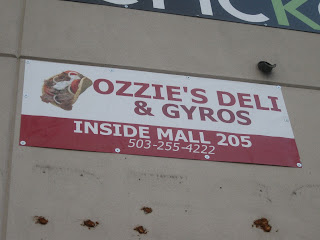 My first impressions of the family: hard-working and serious. I like this place and plan to return in the future. 8/10
Posted by Aaron at 12:00 AM