Kargi Gogo is located near on SW Washington, between SW 9th and 10th Ave. in downtown Portland, Oregon.

Sean and McKinze lived in the country of Georgia for two years, learning how to make some of the country's dishes using traditional recipes and spices.

There are four individual items to choose from, each being $6. The Georgian Sampler ($7) includes any three of those four items. For those that want to try one of everything (that includes me), the Supra Feast ($8) is for you. 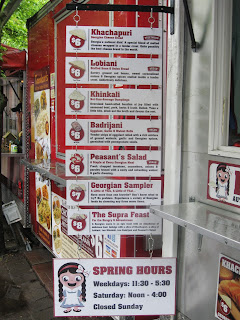 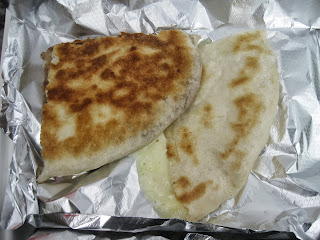 Khachapuri is the national dish of Georgia, a cheese bread using a special cheese blend. A significant amount of melted cheese inside, mild in flavor. The crust takes on a tortilla-like identity and thus reminds me of a quesadilla. This is outstanding stuff, and I wouldn't mind an accompanying sauce for this. It probably wouldn't be traditional, but that's just me. 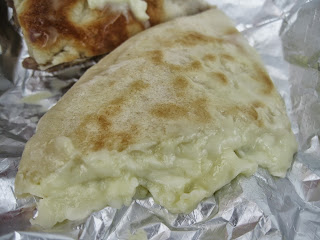 Lobiani uses a similar crust, with the filling consisting of savory ground red beans, sweet caramelized onions, and Georgian spices. Initially, the red beans resembled diced or ground pork, and the overall dish to me had the aura of a meat-filled item. Note: this is 100% vegan. 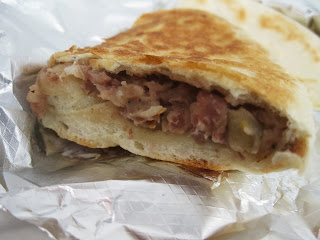 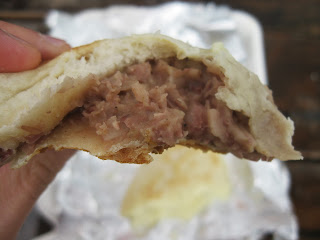 Khinkali is the Georgian version of dim sum. Much like my experience at Din Tai Fung last month, these dumplings have seasoned beef, pork, herbs, and broth locked inside a "bundle of joy." McKinze suggests to take a bite, drink the broth inside (i.e., don't be blindsided with a delicious facial) and enjoy the rest. 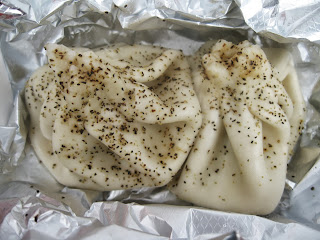 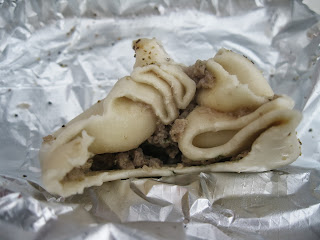 Badrijani starts with cooked, tender eggplant. A paste of ground walnuts, garlic, and Georgian spices gets spread on the eggplant, then rolled up. Basically looks like an appetizer. The eggplant is cooked perfectly. The ground walnut-garlic-spice combination reminded me a bit of a sesame dressing my Japanese host family introduced me to many years ago. Mainly a blend of nutty and slightly salty characteristics. 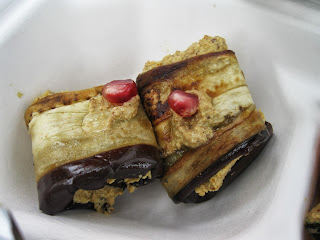 Finally, the Peasant's Salad is a blendof freshly chopped tomatoes, cucumbers, onions, and parsley, topped with a walnut and garlic dressing. Another vegan dish again that is so simple, yet so tasty. It looked like I got virtually all tomato and cucumber on my portion, but still refreshing. 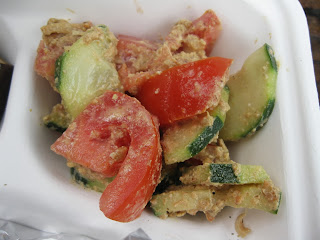 Fun fact: According to their business Facebook page, "Kargi Gogo" translates to "good girl" in the Georgian language. It's used as a term of endearment for women of all ages. 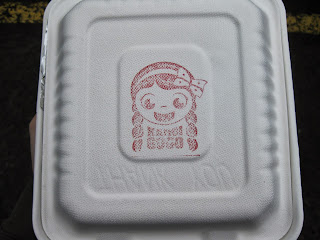 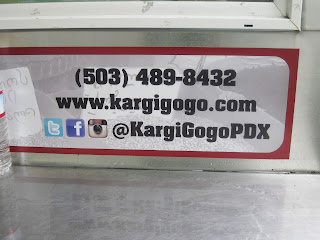 Even on a rainy day, a significant line formed at this food cart. Must be a damn good place to go to. I see a bright future for McKinze and Sean! 8.75/10
Posted by Aaron at 11:00 PM