Iggy's Cafe is located near the corner of 17th St. SE and Center Street in Salem, Oregon. Owner Ian Johnson opened this place in May after previously overseeing The Sandwich Shop. 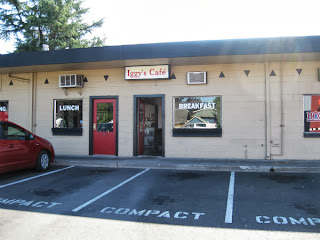 I wanted to visit some friends in Salem at the end of August and stopped by for a bite to eat. 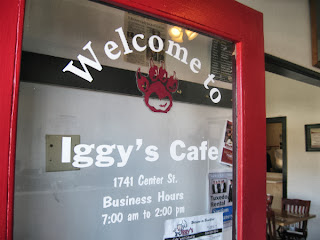 It's breakfast and lunch here. A standard menu with omelets and other usual breakfast items. The lunch menu features sandwiches and burgers. 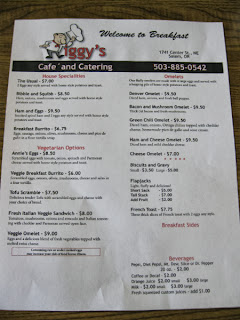 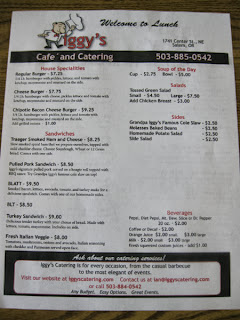 With Ian becoming known for his smoked Traeger meats (you may be able to find the smoker outside), I went with an item he suggested that's not on the menu. 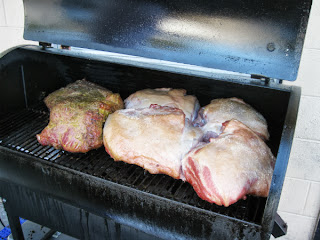 The "Double Stuffed Tri-Tip" omelet packs a healthy dose of sliced tri-tip inside four eggs, along with some cheddar cheese. More slices of tri-tip on top. It's served with diced potatoes, salsa, and toast. An awesome choice if you want your protein fix. No complex seasonings here, Ian keeps that simple. 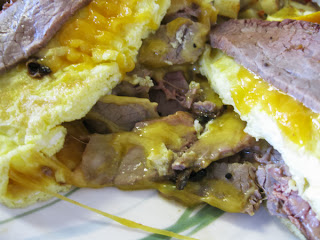 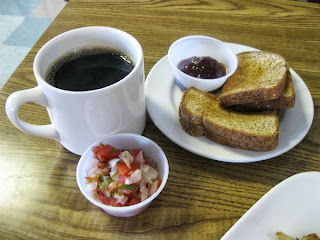 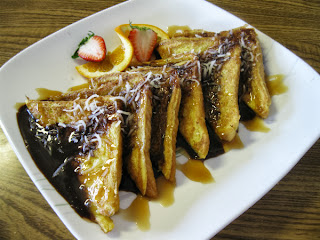 I admit I got concerned seeing all that chocolate on the plate, thinking it would be overly sweet. To my surprise, the sweetness was controlled very well. Try as I might to limit my sugary intake, it basically led to a drawn-out episode of "Aaron eats everything."

Ian even showed off some pork loin, with potato pancakes and two eggs (done your way). 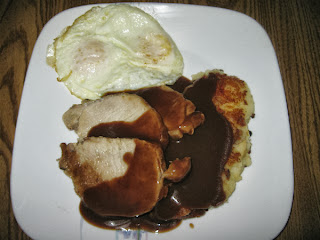 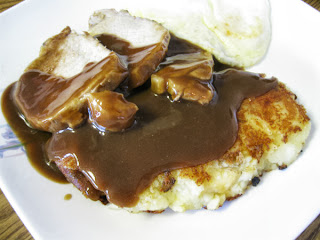 Also be on the lookout for specials. He will post them on the Facebook page. Of course, Ian still does a ton of catering events, especially for the local football teams. 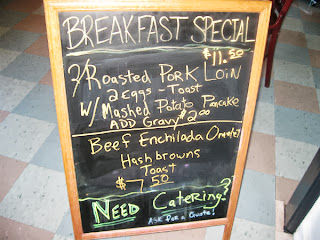 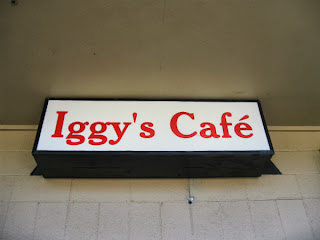 Personally, I think it's the BBQ that kept me coming back to The Sandwich Shop. There are still more items on the list that I'd like to try. Perhaps a breakfast burrito is in my future. 8.75/10
Posted by Aaron at 11:00 PM