Margot's Cafe is located on Lancaster Drive NE, just off Center Street, in Salem, Oregon. Doug and Margot (husband and wife) opened this place at the beginning of January. It is a 100% gluten-free establishment. 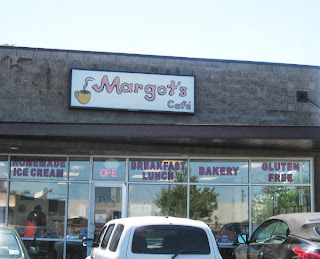 This place serves breakfast and lunch, but they will also do extended hours on Fridays and Saturdays in the summer (through September). The bread is now made fresh at the cafe, and there may be vegan bread in the future.There are soups available, and at least one will be vegan. 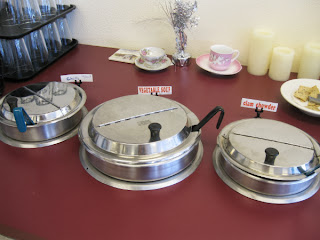 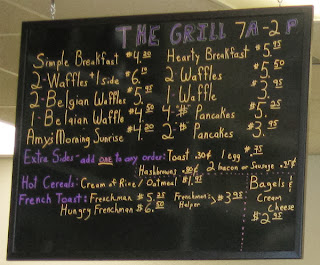 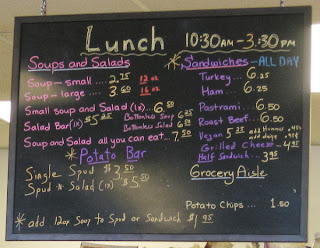 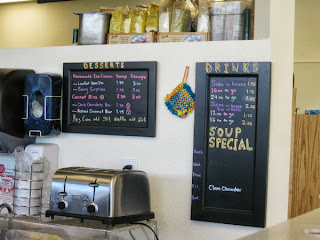 It was a warm day when I visited at the end of August, and I was happy to see that even the ice cream is made at the cafe.

The "Berry Surprise" ice cream has several choices, and I went with blueberry. The ice cream is made with heavy whipping cream, berries, and sugar. The amount of berries used may have given the ice cream more of a sorbet texture instead. It had lost the creamy quality, with a lot of ice forming. No mistaking the berry flavor, so that's a good thing. 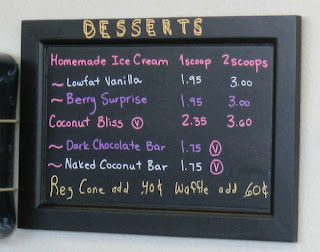 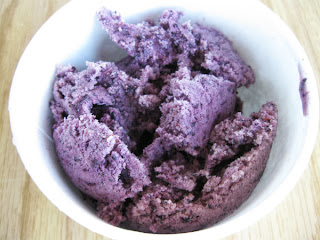 The baked goods in the display case are all made at the cafe. There are cupcakes, scones, brownies, and lemon bars, to name a few. The lemon bar I had was delicious. The lemon filling was a bit runny for me and nearly became a messy scene. 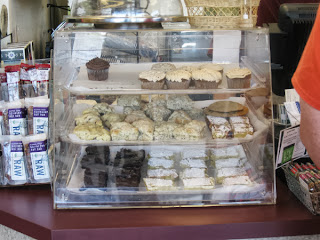 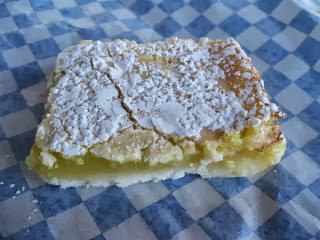 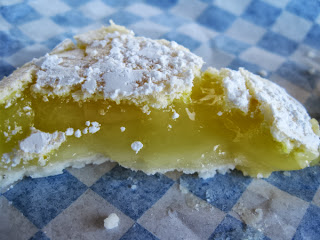 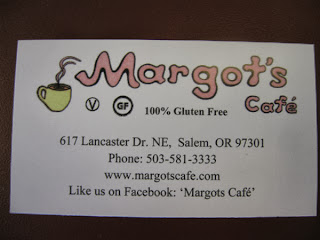