Tony's Cucina is located on SW 9th Avenue, next to Gaufre Gourmet, in downtown Portland, Oregon. Tony opened his food cart in April 2013. 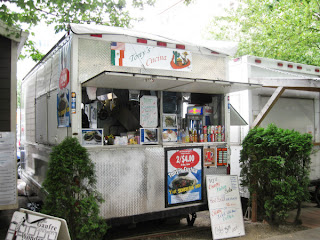 Tony started his business on the other side of SW 9th Avenue (near Alder), when an Indonesian cart closed. Tony decided to take over that cart before moving into a smaller cart a few months later closer to SW Washington St.

This is only the second food cart (after the now-closed Papa-Pau cart) that I know of in the city that serves Sonoran hot dogs. After living in Arizona for about 20 years, Tony seems to be the man to fill that Sonoran Dog void. 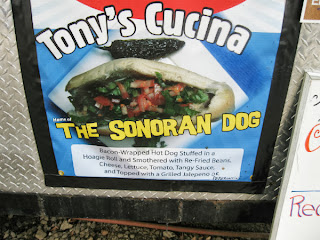 He prepares his version using a Hoagie roll and splitting it open to create a pocket. Tony adds the bacon-wrapped hot dog, covers it with refried beans, cheese, lettuce, tomatoes, and his special tangy sauce. It's topped with a grilled jalapeno. 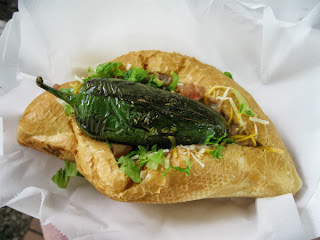 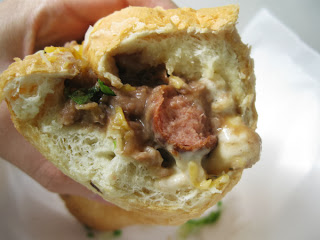 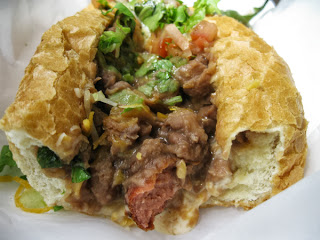 As I expected, the Sonoran dog is a hefty little guy, and I thought it was awesome. I thought there may have been a bit too much refried beans that tried to mask the glorious bacon-wrapped dog. Otherwise, it was damn good.

On my visit, I also noticed Tony had a cinnamon roll special for $3. The roll was soft, with good size to it. The icing had a controlled sweetness. The inside was mainly dry with a bunch of cinnamon, so I just dipped it in more icing. Problem solved. 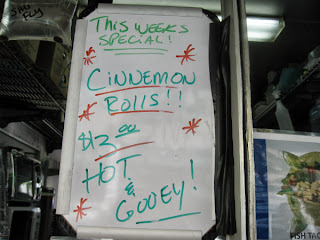 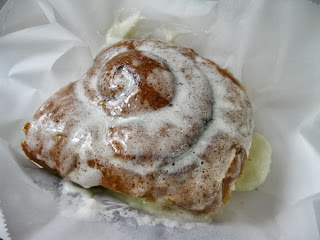 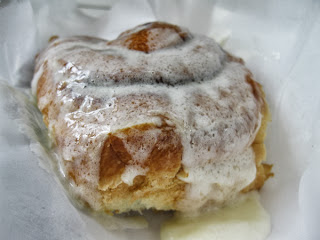 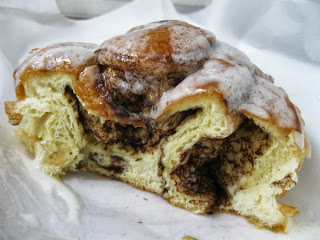 I think this is another solid food cart. Heck, you can also get creamy Italian sodas and creamy iced coffee here. Check out Tony's Cucina in downtown PDX! 7.75/10
Posted by Aaron at 11:00 PM