Jonathan's was among the barrage of original reviews that I uploaded when I first started this blog. Over a year and a half ago, I went with some co-workers, but this time, I returned alone to satisfy a craving that had built up for five days. 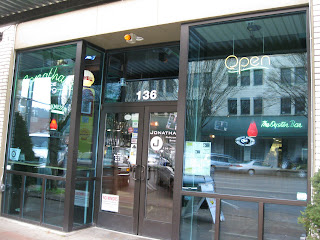 I happened to be in town late last month and I remembered one of my buddies on Yelp mentioning Jonathan's has poutine. While it's usually made with fries, brown gravy, and cheese curds, Jonathan's departs from such tradition. 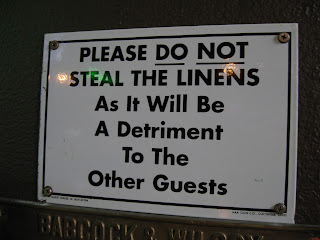 The poutine here ($8.99) is on the appetizer menu. It's probably is at least a pound of french fries, creamy chicken-based gravy, and shredded cheddar cheese. Panda gluttony must commence. 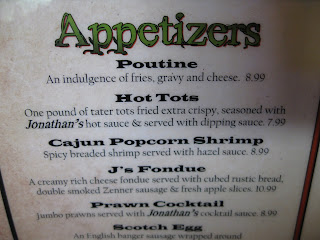 The server looked at me before placing the poutine on the table and hoped I wasn't on a diet. To her defense, I was wearing a jacket over my dress shirt that probably made me look about 50 pounds heavier in the gut. But nope, the panda is a skinny dude that needs more layers of fat to combat winter. The poutine stood no chance.

Great job on the fries; crispy on the outside and soft on the inside. Also gotta give high praise for the gravy; nice consistency and not too salty.

Usually, one can't go wrong with melted shredded cheese. Here, in all likelihood, it was a packaged, processed shredded cheese after noticing some of that cheese "melting" a bit weird. Or turning a weird orange. But it's panda logic to just keep stuffing my face regardless. I'd love it if they just shredded a real block of shredded cheese if they had to. Or just cough up more money to get local cheese curds from Tillamook.

I received great service. There were probably only a couple other guys in the pub at the time; I was there just a few minutes after 11 a.m. I thought the place was clean and inviting. Staff dressed professionally.

There are many more items to try. The section with pub grub gets my attention. Of course, Jonathan's is an oyster bar. And I can't forget about getting more dessert. Frankly, I should just eat dessert first next time because that's also very logical. Anyway, check Jonathan's out if you're ever around downtown Salem! 7.5/10
Posted by Aaron at 12:00 AM