Bubba Bernie's is a cajun food cart located at the Cartopia food pod in Portland, Oregon. 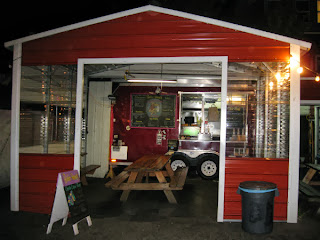 Despite several prior trips to the Cartopia pod, this was my first trip to this food cart. It's a standard New Orleans-inspired menu, from the jambalaya to the beignets. 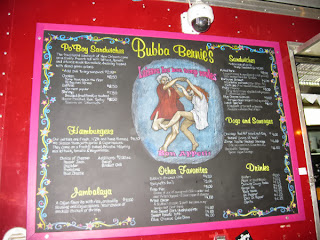 Because the panda logically starts with dessert first, I got the beignets ($5), three puffy triangular-shaped doughnuts with powdered sugar and choice of chocolate or raspberry sauce (I picked raspberry). 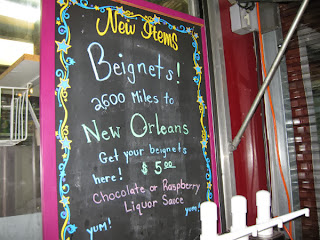 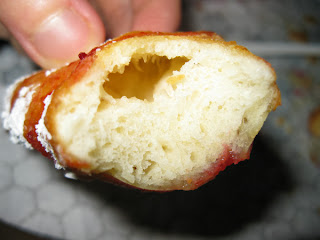 It's a great doughnut, albeit non-traditional in both shape and presentation. I've always been used to the smaller, rectangular-shaped treats with tons of powdered sugar, served in a paper bag so you can shake it up for more sugary goodness. Don't get me wrong, Bubba Bernie's take on it was still very good. The fruity, raspberry sauce gave it an extra dimension.

My friend wanted jambalaya ($11), so we got a good-sized portion that included the usual rice and andouille sausage. Choice of chicken or shrimp? Bring on the seafood! 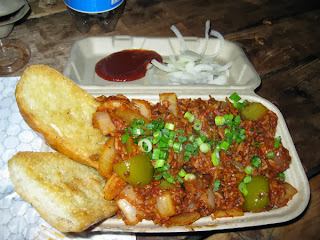 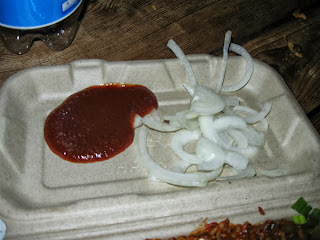 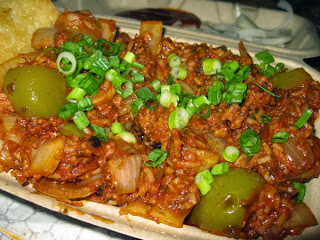 Both of us really enjoyed this jambalaya. We've had dishes where it becomes rice-dominant, with other components clearly taking a backseat. Here, the jambalaya had rice dispersed more evenly with the sausage, spices, chopped vegetables, and shrimp. Some of the vegetables (peppers, onions, etc.) could have been chopped a bit finer, but the flavor was spot-on.

With Swamp Shack now gone from downtown Portland, Bubba Bernie's becomes one of the places to hit up if you're craving a nice helping of cajun food. 8/10
Posted by Aaron at 11:00 PM