The Newport Cafe is a 24-hour eatery located in Newport, Oregon. It's the perfect spot to get your seafood, and it is also home to a 7-pound burger challenge. 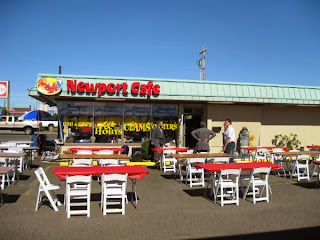 Being a 24-hour cafe, there's a sizeable menu here. The pies used to be made in-house a few years ago, but are now made at the bakery down the street. 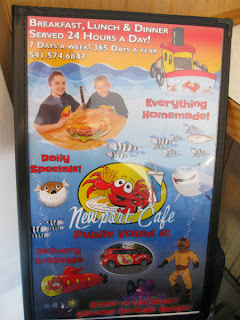 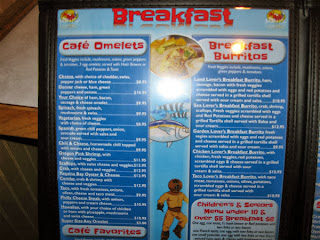 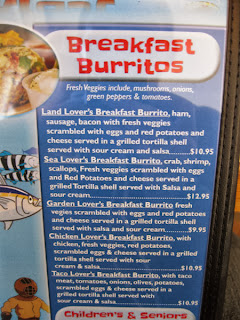 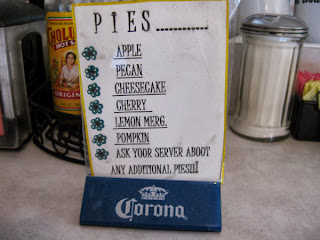 If you head to the Oregon coast, you basically gotta make sure to get a dish containing seafood. While my friends participated in a burger contest (see below), I arrived early and had their Combo omelet ($11.99), a 3-egg omelet containing real crab meat and shrimp. Very well prepared, and you could tell the seafood was fresh. 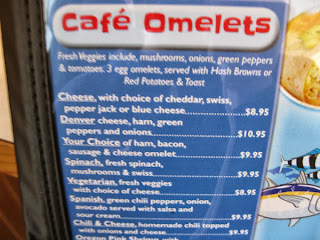 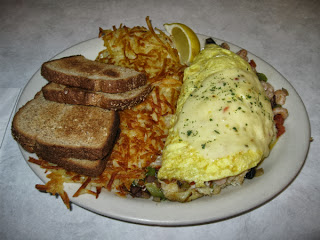 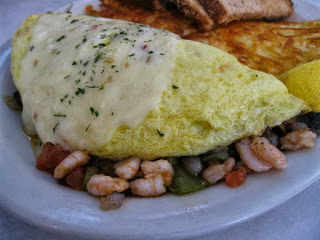 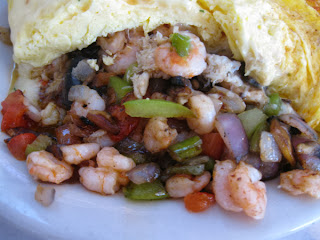 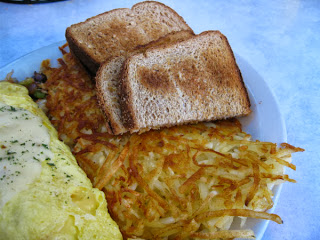 The zucchini sticks are basically deep-fried awesomeness. Served with ranch and marinara. Extra crispy on the outside, without being overly greasy. The cooks in the back did a fantastic job. Heck, there's a portion of the menu devoted to deep-fried goodness, mostly seafood. 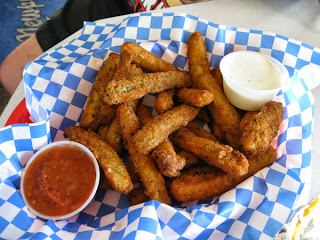 The place was packed on a Saturday, so the service was predictably a bit slower. It can definitely feel cramped if there is a notable event taking place.

Speaking of which, there was a burger contest held on October 5. Can you eat their 7-pound Super Ultimate Monster Burger? Heck, I saw a few of their 2-pound Monster burgers getting served, and even those would satisfy the panda's appetite for a good while.

The Super Ultimate Monster Burger starts with a 10-inch diameter bun, a 3-pound (precooked) beef patty, grilled onions, ham, fried eggs, cheddar cheese, and probably a garden's worth of other fresh vegetables. I love the 1000 Island dressing on there for a little tang. Basically, after seeing the burger, I figure it would take me about 3-4 days to comfortably devour. 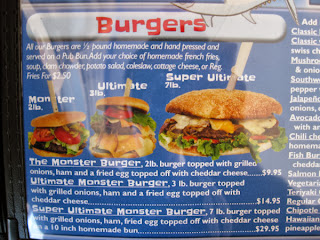 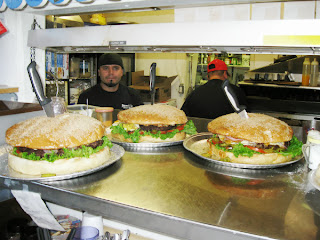 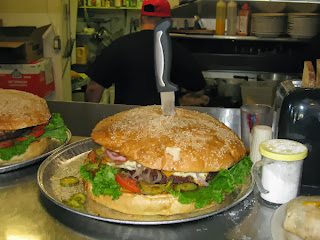 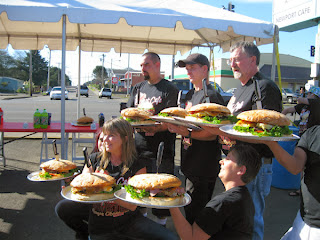 My competitive-eating friends slaughtered their burgers, either finishing it or making a gigantic dent in it. Much respect.

A lot of people turned out for the event, and I'm getting word that The Newport Cafe will do another burger contest next year. Win! 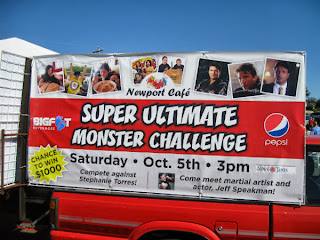 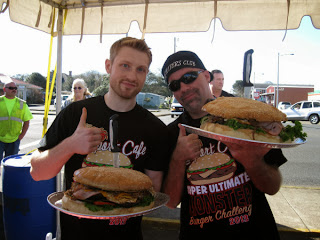 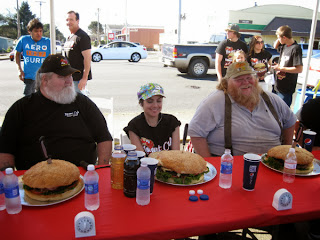 Check out the Newport Cafe if you head to the Oregon coast. Certainly worth a stop. 8/10
Posted by Aaron at 11:00 PM