(NOTE: I've been told that the Ghost Pepper Burrito will be available until November 29! Yay!) 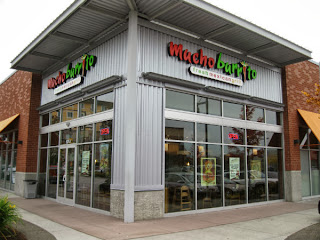 Driving two and a half hours for a spicy burrito? Clearly awesome panda logic. 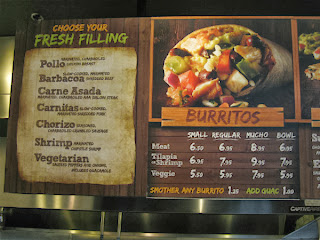 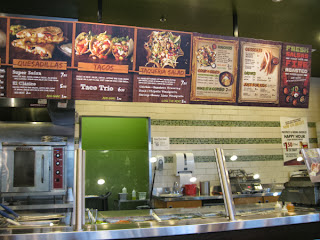 During the month of October (actually until the Day of the Dead), Mucho Burrito offers their ghost pepper burrito. There's even a contest in Toronto in early October. 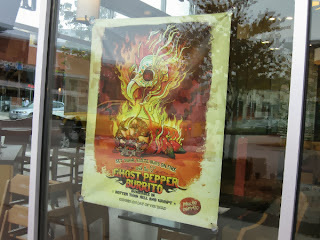 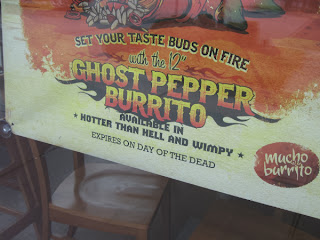 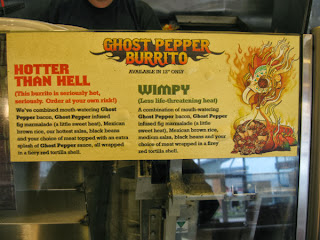 I asked for a "Hotter than Hell" chicken burrito this time. Ghost pepper bacon wins the damn internet, plain and simple. The fig marmalade added a sweet dimension to counter the tangy hot sauce. Overall, a delicious burrito. 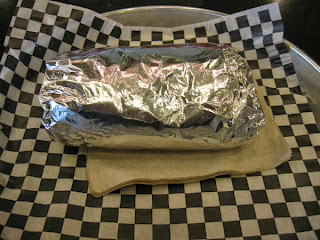 I videotaped myself eating it with no relief. Oh, the joys of clearing my sinuses. Perhaps I'll get several next year when it's offered again.

There's also a spicy chocolate bar available for $1.25. Again, a noticeable kick, but nothing nuclear hot. Quite pleasurable use of the peppers against the milk chocolate. 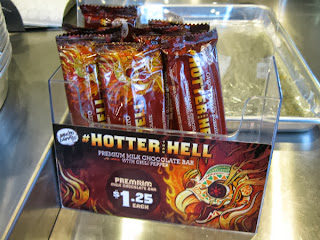 Definitely worth the drive to warm up my insides. I just wish there was a location closer to me and for the ghost pepper burrito to be offered all year. 8.25/10
Posted by Aaron at 11:00 PM