Pho Tango is a Vietnamese restaurant located in Hillsboro, Oregon. This place is also home to a large pho challenge. With my competitive-eating buddies hungry for more good eats, we stopped by for dinner on a Sunday night. 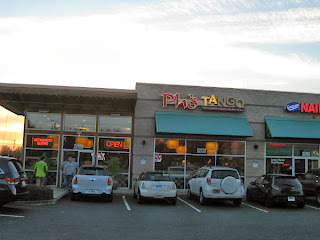 The Pho Tango Pho Challenge consists of about 2-3 pounds of noodles, a pound of meat, and a bunch of delicious beef broth. It's brought out in a large, deep red bowl, much like a thick salad bowl. Challengers have one hour to eat all the noodles and the beef. The side condiments (sprouts, basil, jalapenos) appear to be optional. Challengers do not have to drink all the broth. You will have to sign a waiver before taking the challenge, which (1) allows your name, likeness, and voice to be used for commercial (advertising) purposes and (2) says you're feeling well enough to take this challenge on and absolves them of liability if something goes wrong. 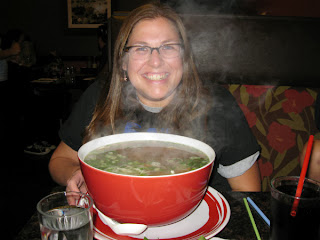 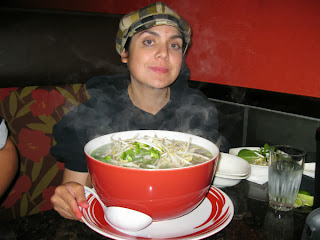 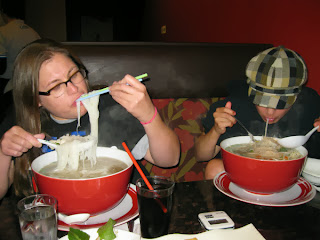 Prior to October 6, only men had taken this large bowl of pho down. My two female friends then took the challenge down, setting new records in the process. The panda is extremely impressed!

As for me, after seeing that bowl, I think I'll stick to a more normal-sized portion and savor the flavor.

I ended up getting the #10 Pho Special ($9.95) with eye-round steak, well-done flank, brisket, soft tendon, tripe, and meatballs. The slick noodles kept sliding off my chopsticks, but a mere minor setback. Everything was cooked wonderfully. The broth, basically the true test for a good pho, was extremely flavorful and had that soothing, comforting aura. 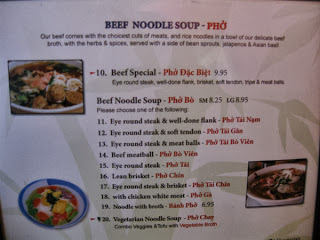 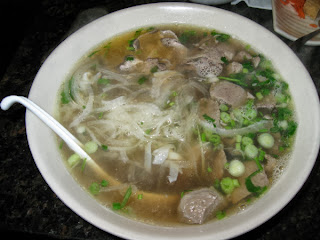 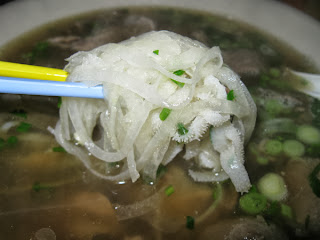 I probably enjoyed the meatballs the most, followed by the brisket, steak, and flank. Tripe and tendon aren't necessarily at the top of my must-eat list, but screw it, I had to try it for science. 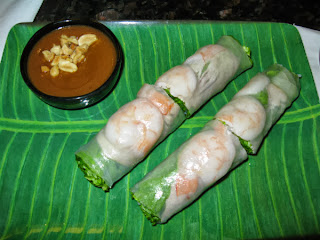 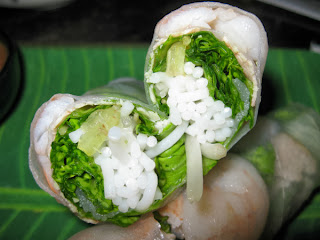 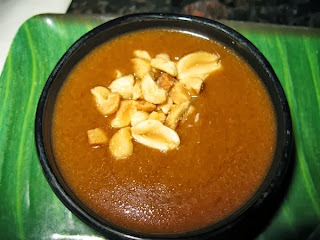 The fried tofu appetizer was just OK for me, paired with what appeared to be a sweet-and-sour sauce. The execution was fine, but admittedly, tofu is not the first thing I look for on the menu. 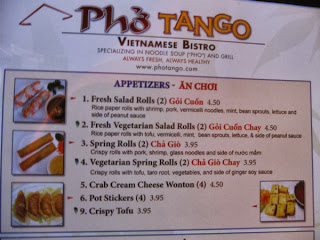 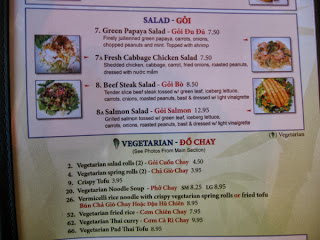 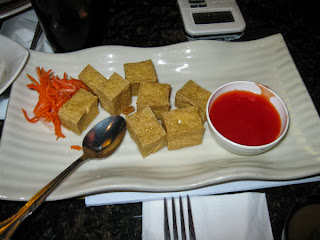