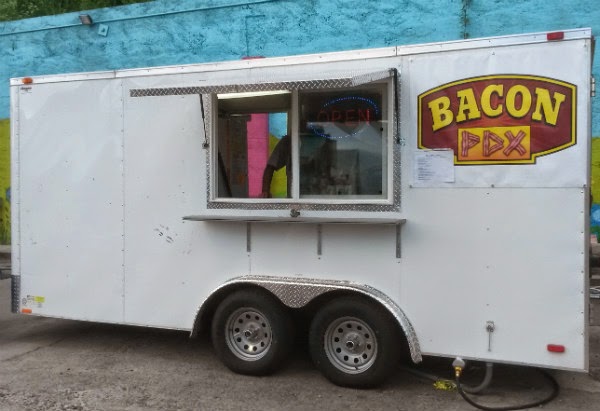 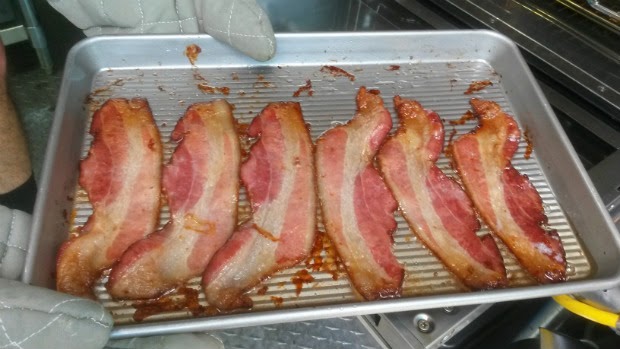 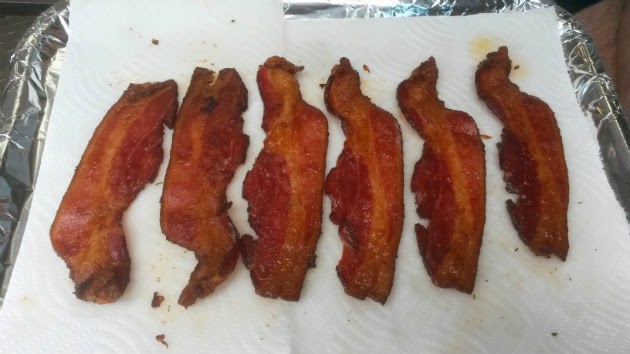 The opening week menu featured frittatas, sautees (usually veggies and bacon), kalua pig sandwiches, and bacon by the slice. There were also jalapeno popper appetizers and more dessert-y options, such
as a pineapple slice wrapped in candied bacon.


The Kalua Double Pig Sandwich ($9) starts with a toasted hoagie roll. Dave adds two strips of bacon on the roll. Four ounces of kalua pig gets added. That kalua pig is slow cooked for about eight hours and falls apart to juicy, tender pork love.On top goes some of Dave's cart-made BBQ sauce (tomato-based), some pineapple cole slaw, and a bit of cilantro. 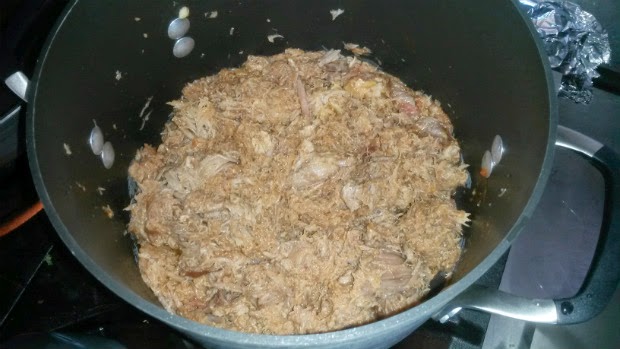 Toasting the bread already scores points. It's surprising to me how many people miss this -- even offering the option to toast the bun. I feel that added crunch is so vital to a great sandwich.

I loved the kalua pig here, and would have probably ordered all the pig in the crock pot for myself. Pandas love protein. The crunch and refreshing pineapple in the cole slaw help cut through all the rich pork.

I sampled some jalapeno poppers (wrapped in bacon) and discovered that I enjoy them even when they've been in the fridge. Price is three poppers for $5. The hungry panda totally ignored Dave's offer to heat the poppers back up. Because bacon. 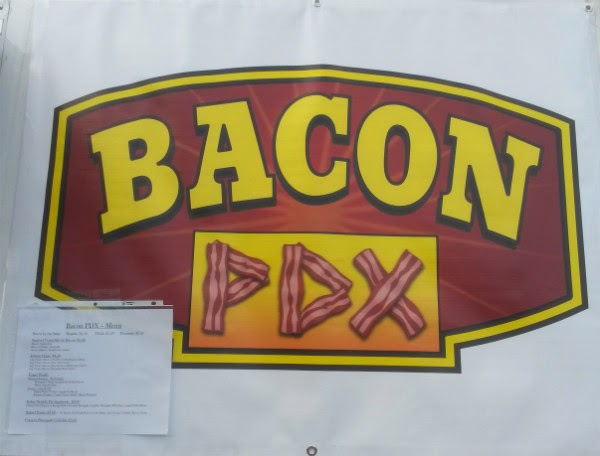 I wonder how many people got to the bottom of this post, considering how many times I said the word "bacon." If you got here, you have very good willpower. Or maybe you're eating bacon right now and the panda still applauds you. Anyway, Bacon PDX is another Portland food cart to try. Go get your bacon. 8.25/10
Posted by Aaron at 11:00 PM