Earlier this year, Heather and Joe launched a Kickstarter campaign to fund a Cultured Caveman restaurant in North Portland, a welcome addition to their three food carts spaced throughout Portland (downtown on SW 3rd and Stark; NE 15th and Alberta; and SE 41st and Hawthorne). After a successful Kickstarter, Heather and Joe opted for two parties, and anyone contributing $50 or more to the Kickstarter could attend one of the two. 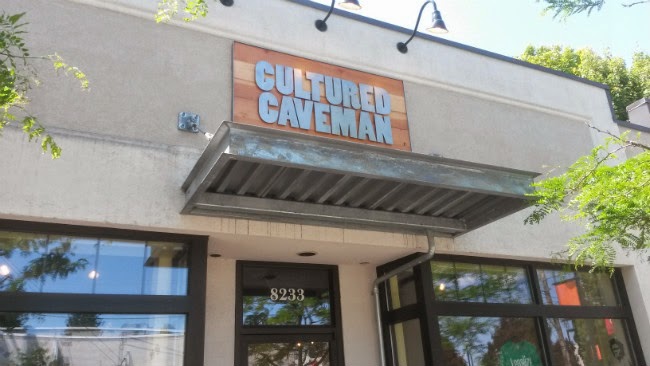 The restaurant is on N Denver, in the Kenton neighborhood. The space seats about 50 people. Along with a nice paleo menu, there's a retail space stocked with paleo products and Cultured Caveman apparel. 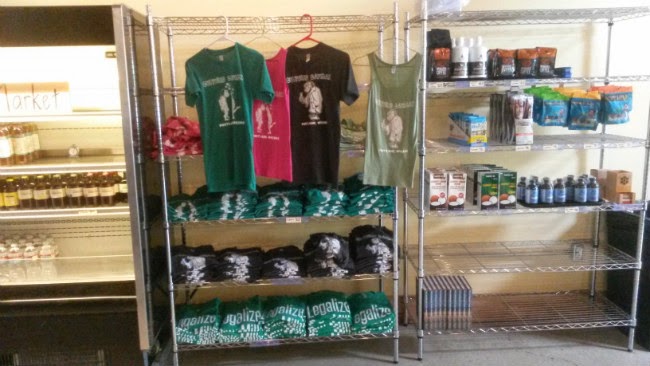 The party was a buffet-style free-for-all. Salads, paleo Shpeherd's pie, bacon-wrapped dates, zoodles (zucchini noodles), and more to feast on.

Then dessert came, which the panda would have gone to first had it been anywhere within his sight. First up was a chocolate pot de creme.

If you're in the Kenton neighborhood, check out Cultured Caveman's newest spot!
Posted by Aaron at 11:00 PM