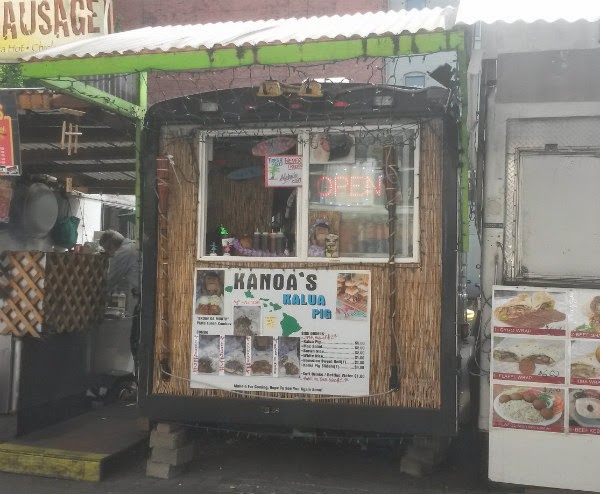 The panda has been working too hard and made an executive decision to take a longer lunch in downtown Portland.

There are several plate lunch options with choice of kalua pig or shoyu chicken -- or you can get both for $8 like the panda did. Two scoops rice, one scoop mac salad. 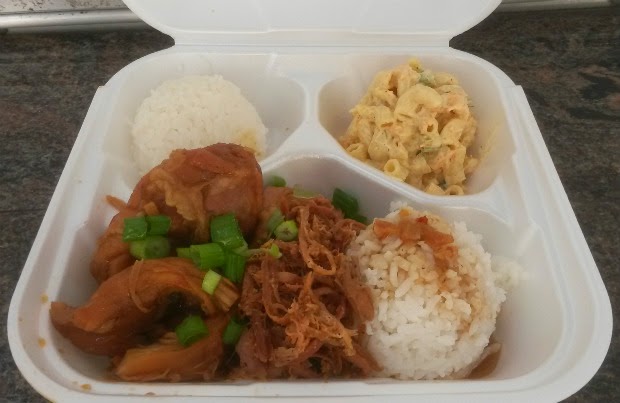 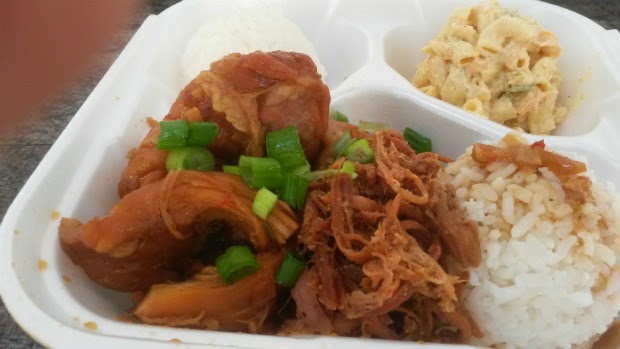 Shoyu chicken was awesome. The chicken fell apart nicely (no bones here) and had excellent flavor.

Thumbs up also to the kalua pig. Juicy, a bit of smoke, nice flavor.

Good mac salad. That being said, I personally like mine with a bunch of black pepper, and there wasn't a ton of that here.

Not sure if there was already an existing option, but I would consider giving a larger portion of food for a couple bucks more. Panda wants his kanak attack. 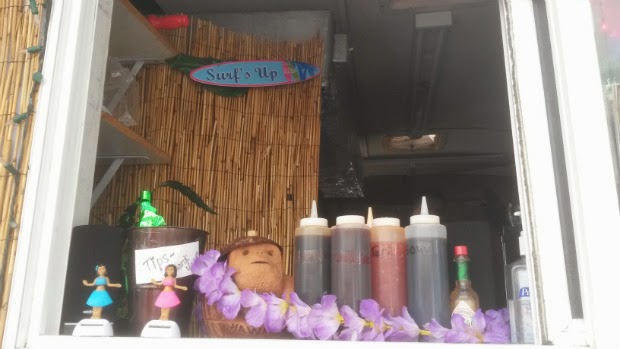 Kanoa's is generally open during weekday lunch hours. I hear he is also open late on Fridays and Saturdays (not totally sure there). Glad I was finally able to try this place out! 7.75/10
Posted by Aaron at 11:00 PM