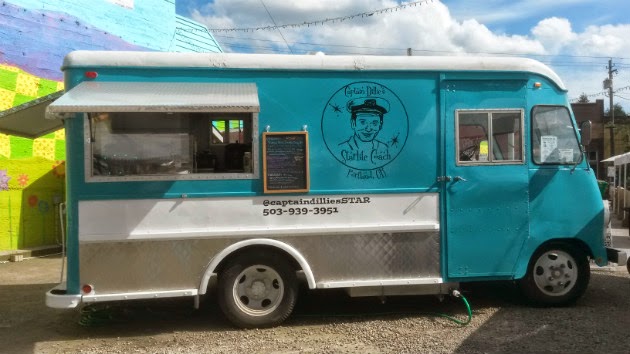 Owner Kelsey runs the cart, slings the food, and has no problem making her boyfriend, Dylan (described as a shy dude) the center of the attention. Heck, the guy's face is part of the cart logo.

The menu has sandwiches, drinks, and rotating specials.


One of Kelsey's recommendations is her pulled pork sandwich, complete with cart-made BBQ sauce. The pulled pork is slow-cooked in an oven for about eight hours and is extremely juicy. The BBQ sauce contains apple cider vinegar. That tangy sauce is just so darn good with the pulled pork. 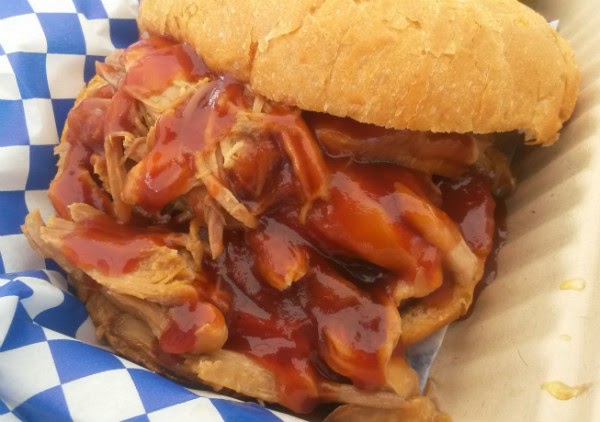 Kelsey's spicy strawberry lemonade ($2) includes a bit of cayenne. You'll get a bit of spice on the throat. Very refreshing drink. Should the panda try to drink a gallon of it? You know, for science.

Banana pudding ($2) may make appearances on the menu. The recipe comes from Kelsey's stepmom and is freakin' awesome. Nilla wafers, fresh bananas, banana pudding, yes. Love the layers. I just wish the cup was filled all the way to the top. Pandas have no problem paying extra for a bigger portion!