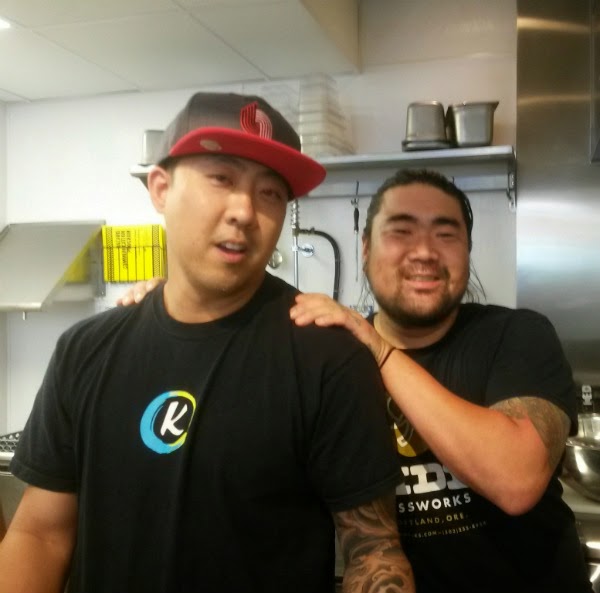 Unfortunately, that very night, Han's popular food cart went up in flames, and he was forced to close the cart. After an unsuccessful attempt to start a brick-and-mortar and a failed Kickstarter, Han kept going, determined to open Kim Jong Grillin' once again.

Now, later this summer, Han will reopen the cart after a 3+ year hiatus.

On July 23, Han showed me and many others what he once brought to PDX on a daily basis. For $25, I got a three-course meal with a drink. The panda got beer, of course. 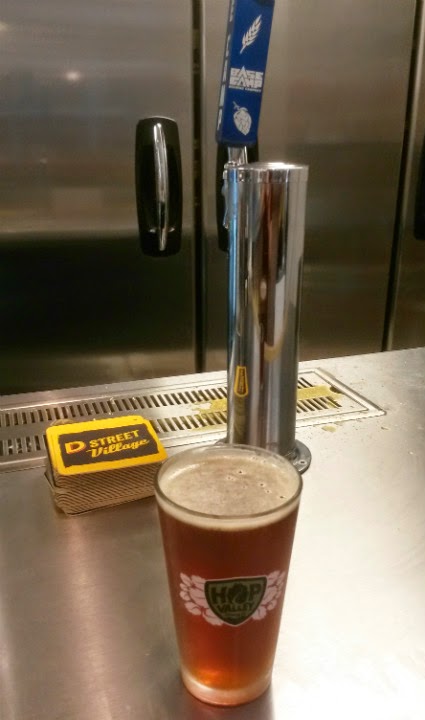 First up, Han's Korean Fried Chicken with pickled vegetables. Amazing flavor coating the juicy, crispy fried chicken. I would try to eat 5 lbs of that alone and fail, but still be happy. 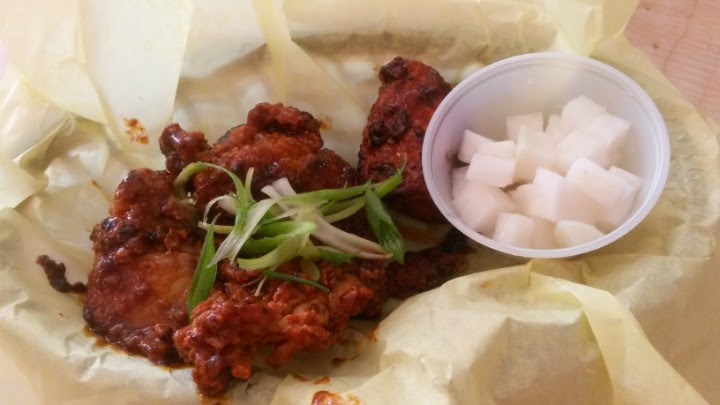 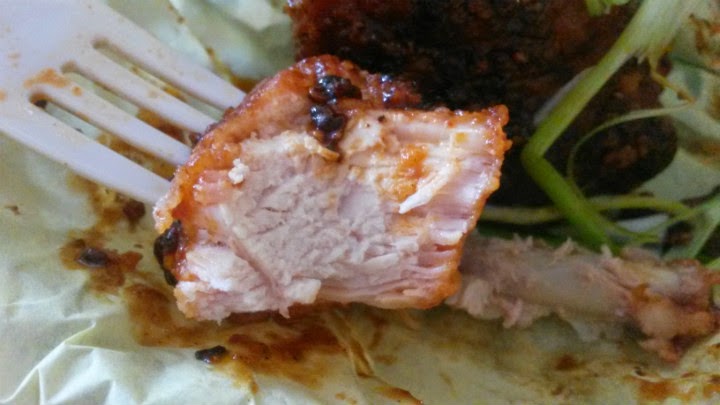 While waiting for the next course, Bo Kwon showed up with a sampling of buckwheat noodles mixed with kimchi and peppers. Yum! 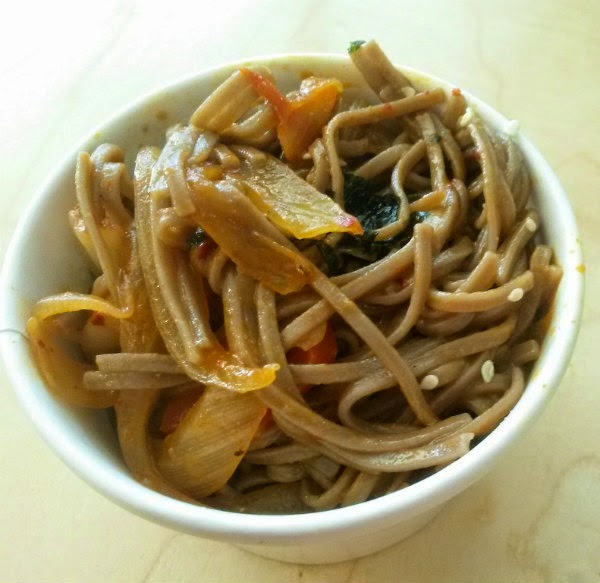 Han's second course: The classic Bibimbap. A Korean signature dish with bulgogi, kimchi, vegetables, and rice. You're supposed to mix everything up ("Bibimbap" means"mixed rice"). The fried egg in the center helps bind everything together. Straight up, that was the best Bibimbap I've had. So freakin' good. 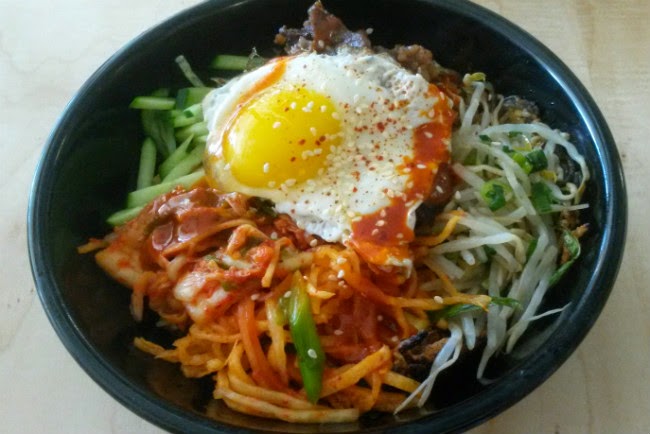 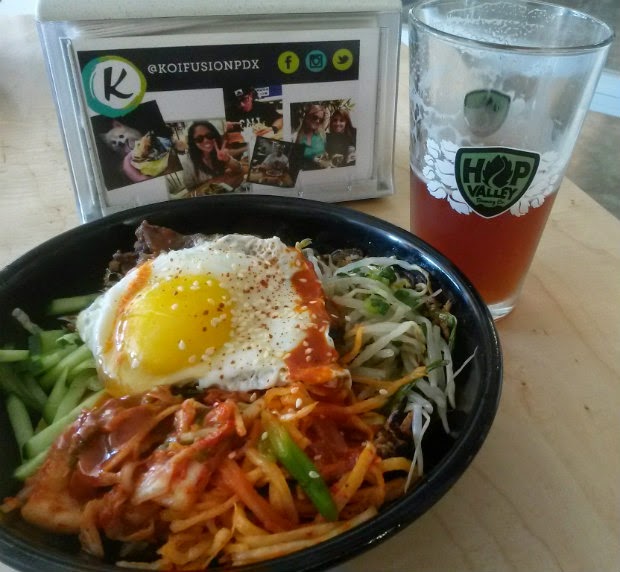 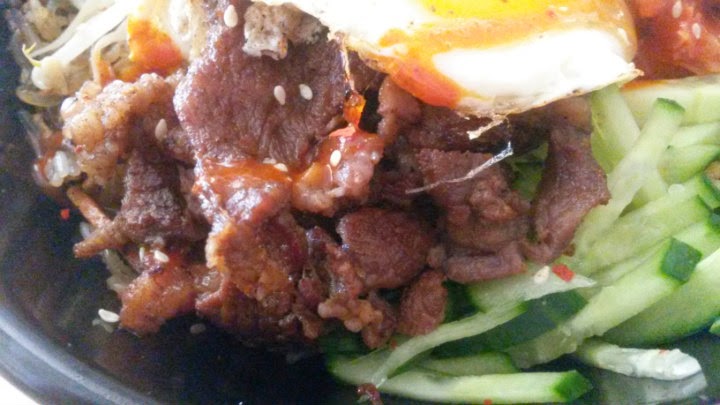 Somehow, rice gets me fluffier faster than bread or potatoes would. Still, I always have room for dessert.

The final course was homemade ice cream -- but not just any ice cream. Try Persimmon and Cinnamon Ice Cream. With persimmon syrup. Persimmon (which frankly looks like an orange tomato) has a controlled sweetness that works here. The flavor was more cinnamon than anything else. Yes, the panda enjoyed his ice cream scoop! 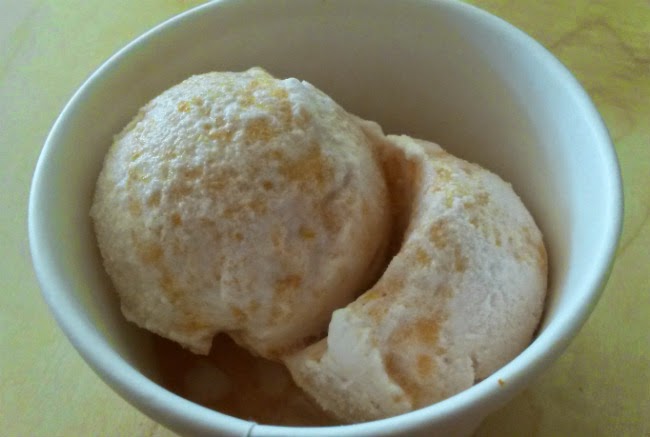 Big thanks again to Han and Bo for putting this together. I had an awesome time, and it felt even better to unwind with this meal after being at the office all day. 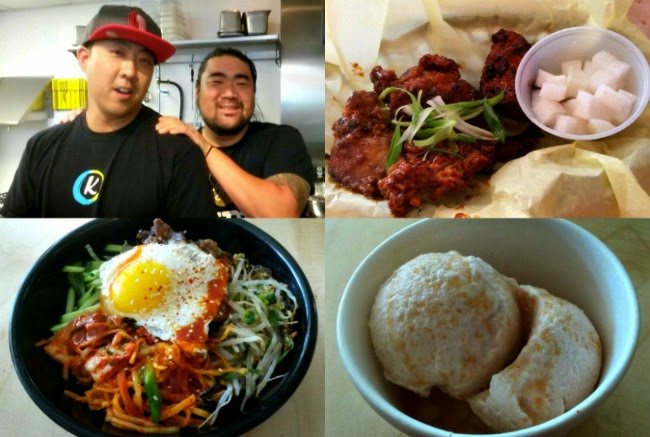