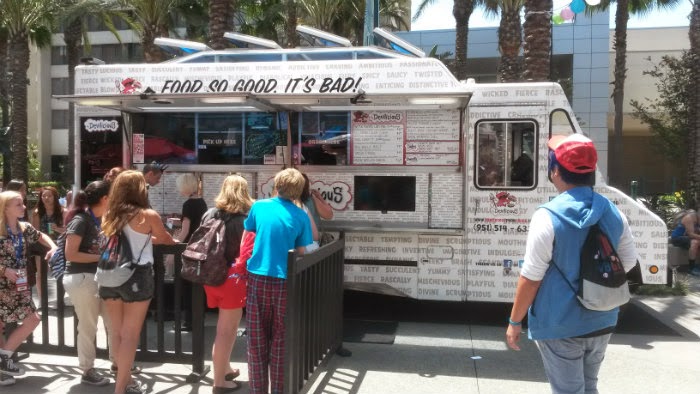 You may also remember this food truck from Season 2 of The Great Food Truck Race. However, I further dug into what else happened to this food truck, and I discovered that the Devilicious team featured on GFTR parted ways after filming Season 2, but before the season actually aired on Food Network. Devilicious is currently run by Dyann and Mark Manning (Dyann was part of the original team).

This food truck is about gluttonous ("twisted") comfort food. For example, you can get various grilled cheese sandwiches and burgers here. 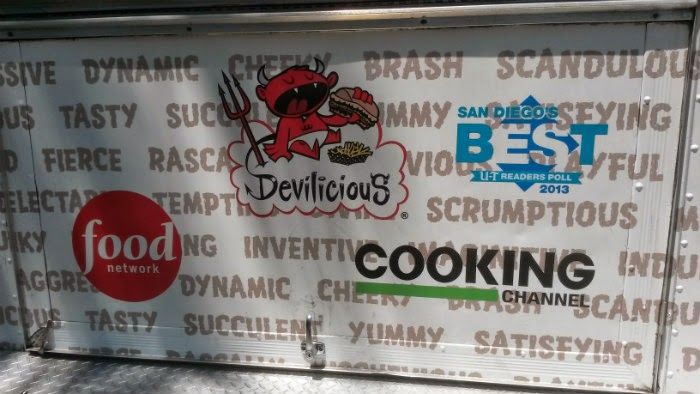 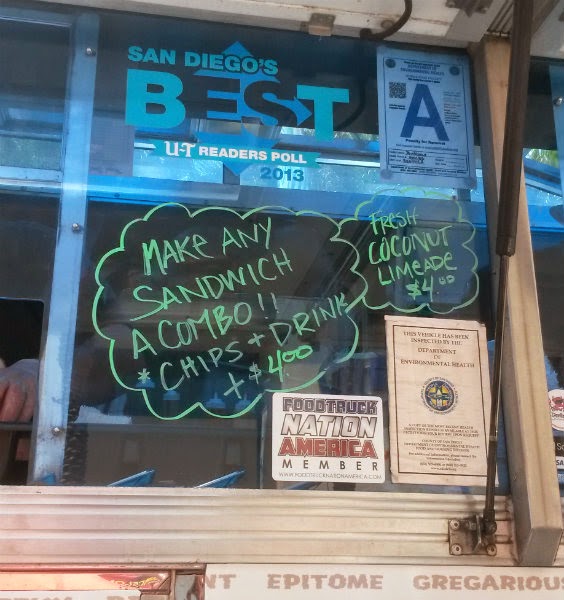 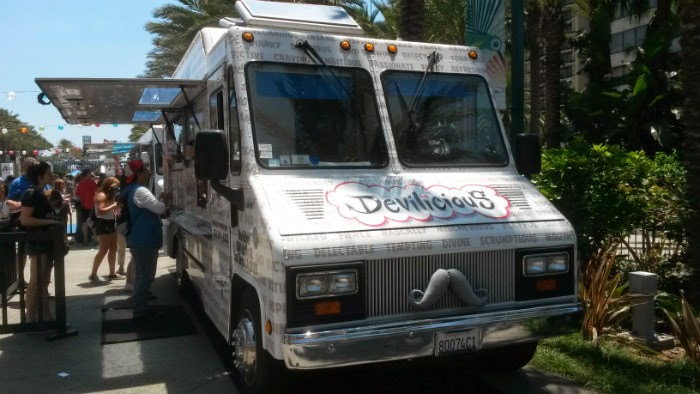 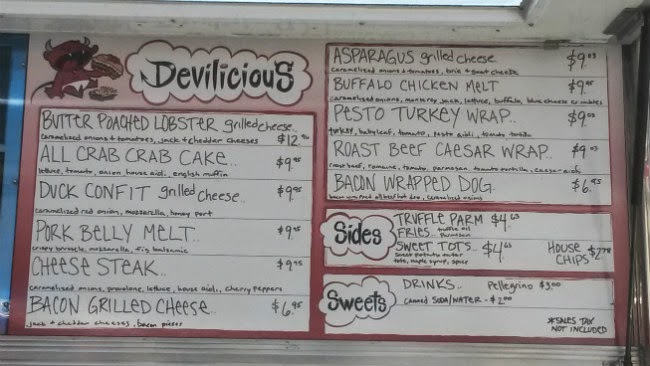 One menu item immediately called my name: Butter Poached Lobster Grilled Cheese. Again, the price was steep at $12 (before tax), but considering it's lobster and I was on my "must-try-for-panda-science" food spree, I easily caved to the temptation. Damn you, Devilicious. 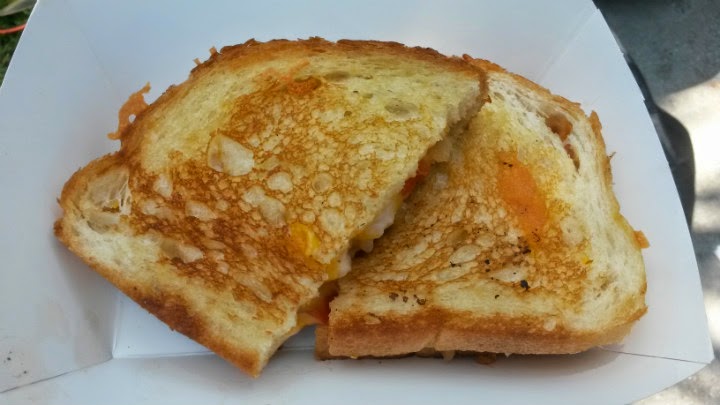 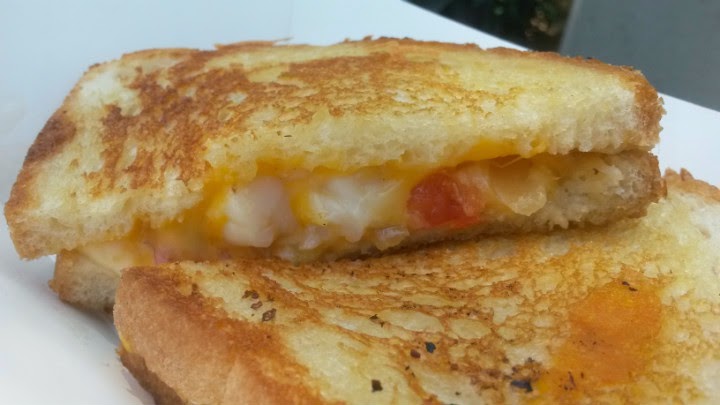 Heck dude, Duck Confit Grilled Cheese exists at this truck. Might as well take all my damn money.

If you wanted something lighter, they had a couple of wraps on the menu I was there. Frankly, the Pesto Turkey Wrap did sound like a winner. I guess I was too busy being a gluttonous panda. 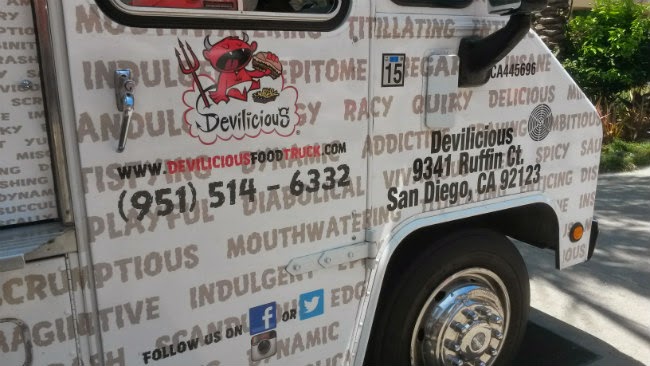 Check this truck out if you find it around San Diego or other parts of Southern California! 9/10
Posted by Aaron at 11:00 PM