Chef Joe Youkhan's Tasting Spoon is a catering service and food truck located in Southern California. I got to try this food truck when it was parked at Vidcon in Anaheim. 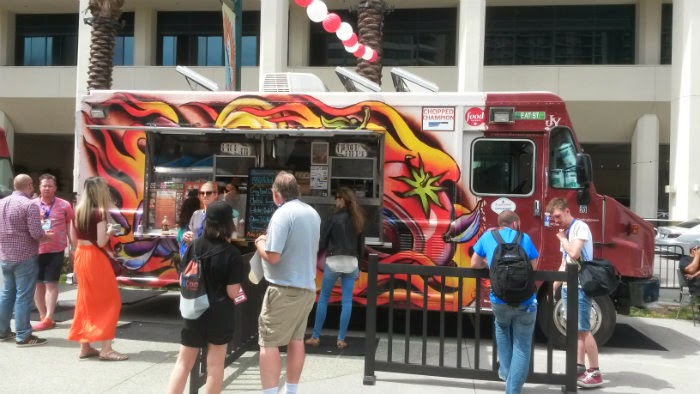 Chef Joe may be known for being a Food Network's "Chopped" champion. He was on the fifth episode of season 18 that aired in January 2014.

The truck has a rotating selection of comfort food dishes. All sounded incredible. 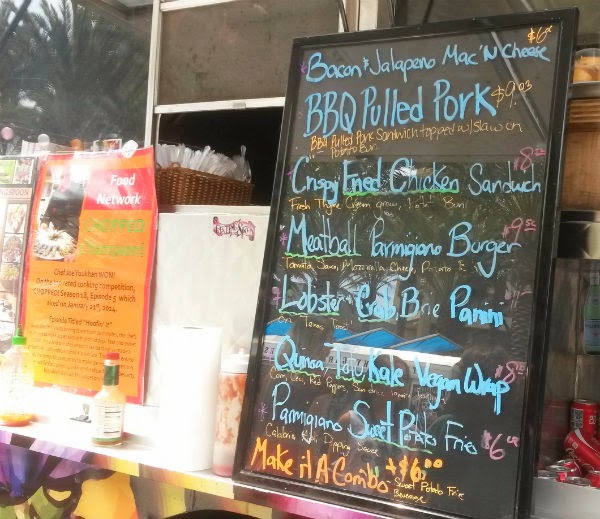 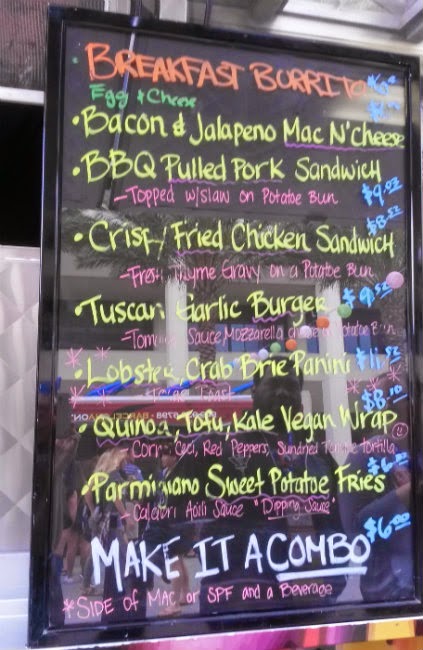 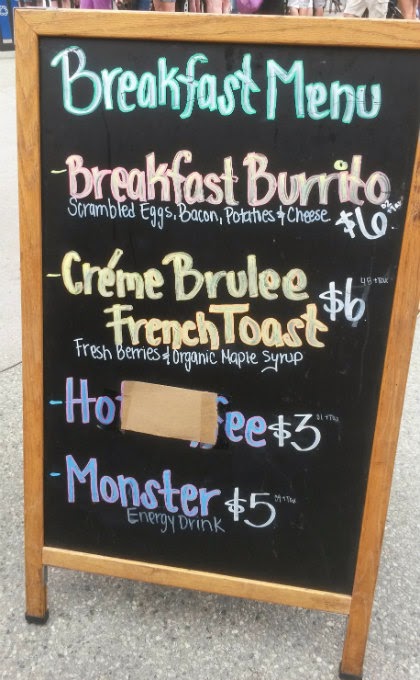 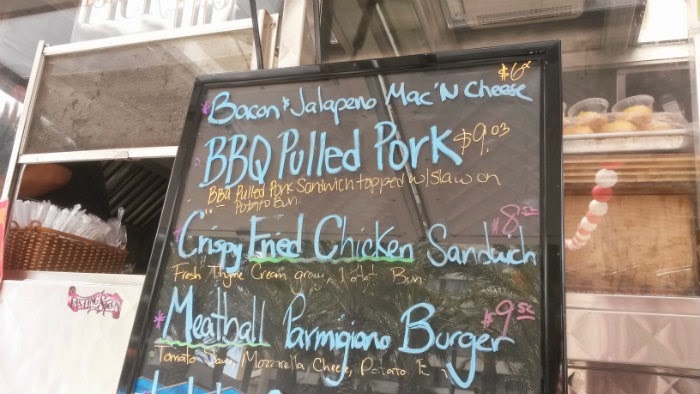 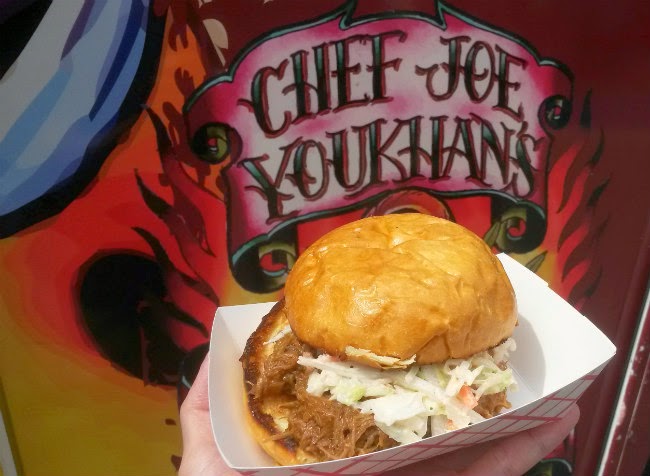 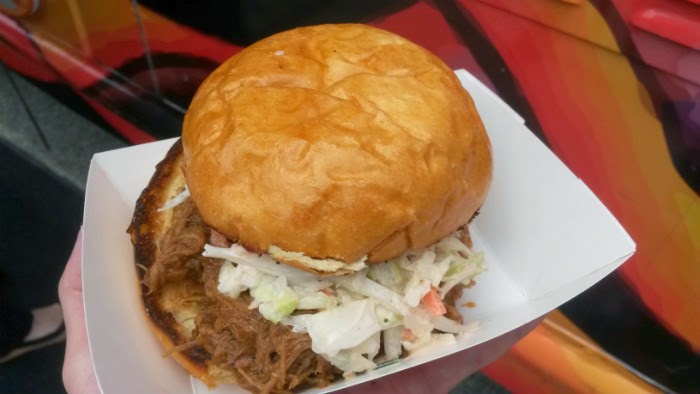 This was an awesome choice. Flavorful and tender pulled pork, crunchy slaw, and a toasted potato bun. I wish I could have had the time and wallet to eat 10 of those. The price ($9) was about right given the quality ingredients. 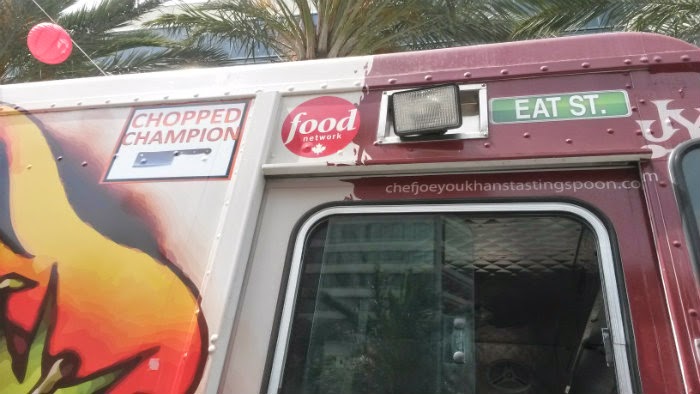 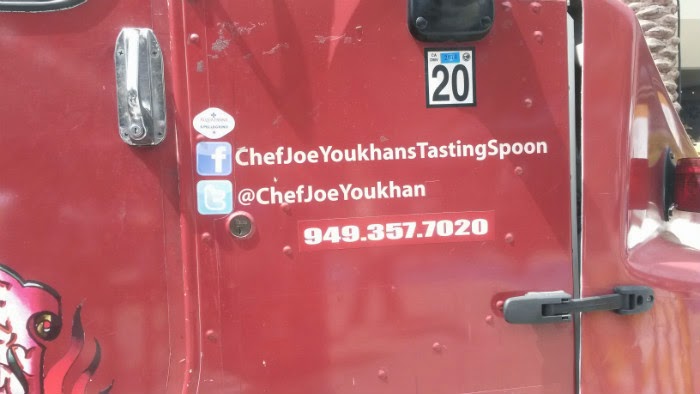 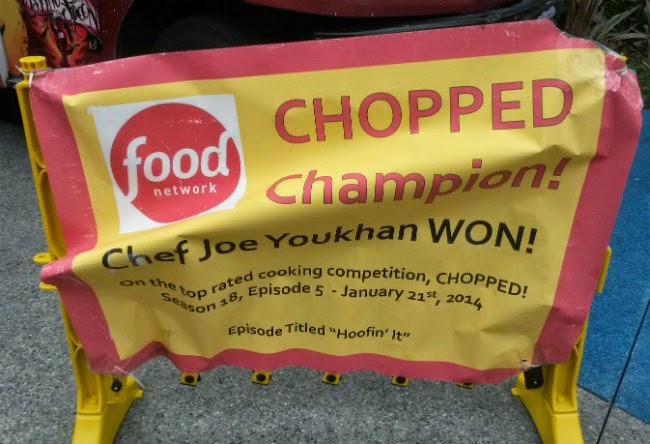 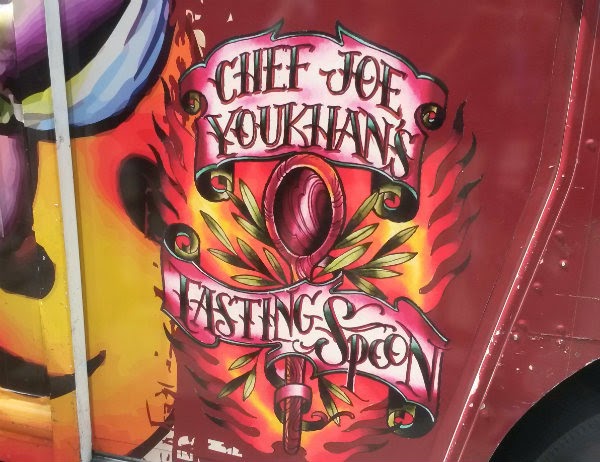 It's basically the motto that Chef Joe puts on his website. He wants to take an ingredient and maximize its flavor and texture potential. He keeps it simple, but damn, it's great food. 8.75/10
Posted by Aaron at 11:00 PM