Recently, I visited Blue Star Donuts' second location on SE Hawthorne. This larger spot will also be the main spot for supplying donuts for their upcoming third pop-up spot on Mississippi Avenue. 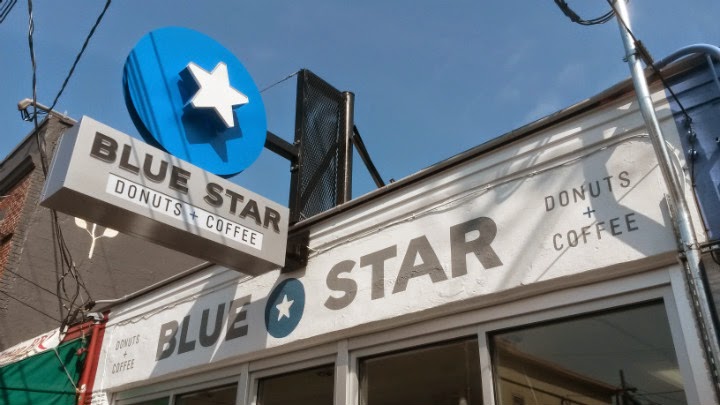 Leave it to the panda to have a nice donut craving one weekend.

Since this space is larger than the downtown spot, Blue Star is able to pump out tons of donuts here. The extra space also allowed for extra equipment to regularly make one item that was briefly on the downtown menu.

Fried Chicken Donut. Yup, it exists. Think a smaller portion of Chicken and Waffles (but a single donut instead of the waffle). 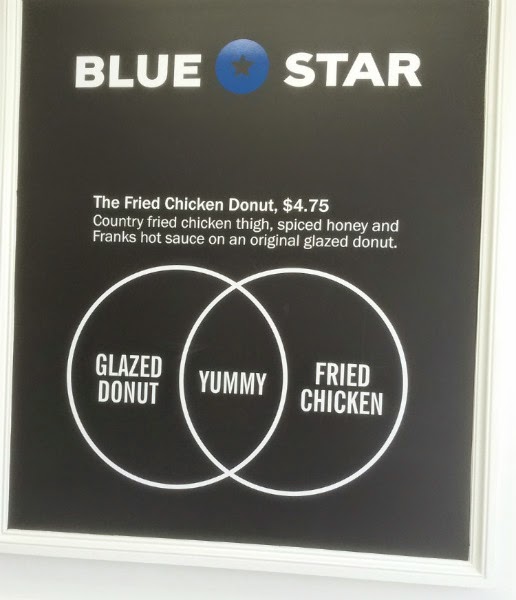 A large piece of chicken is seasoned, breaded, and fried. It is then cut up and served over a glazed donut with spiced honey. There are packets of Frank's Red Hot on the side. 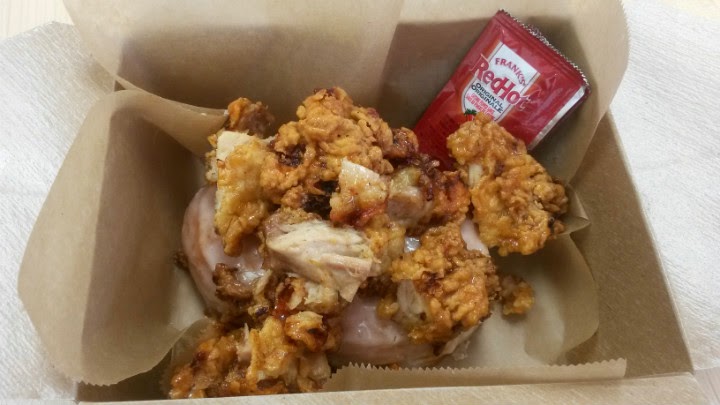 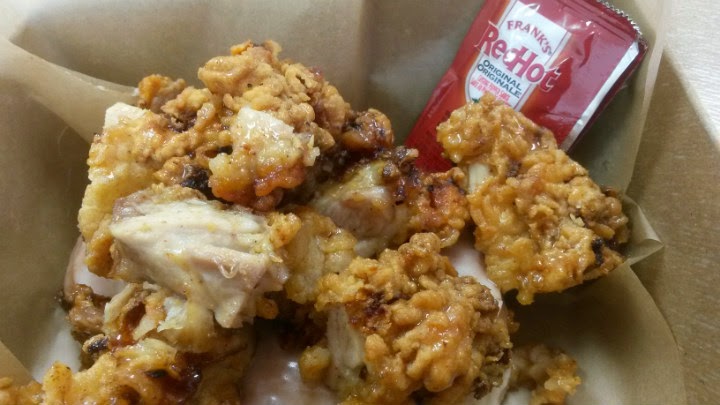 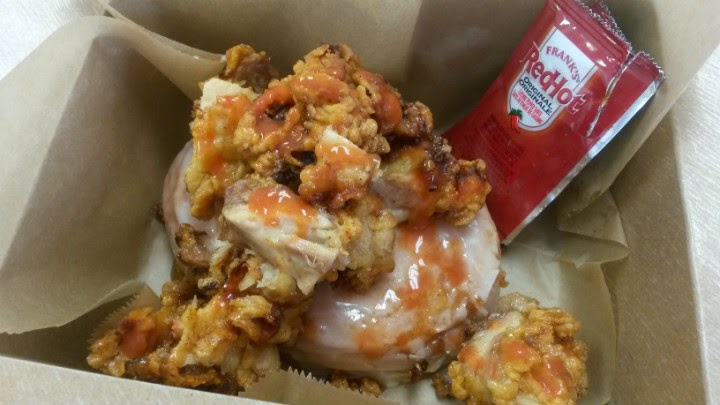 Great job on the chicken frying. The batter turns into an extremely crunchy layer of awesomeness. The spiced honey reminds me of the Mike's Hot Honey I used to get: sweet with a mild spice zap.

Of course, I busted open a packet of hot sauce and drizzled everything with it -- including the donut itself. The panda digs the sweet donut with the tangy hot sauce.

At about $5, it's probably steep for most people seeking something to eat at a donut spot. This is also likely more a lunch item than the other donuts on the menu.

Each donut will run you at least $2 to $2.50. Coffee is about $2 for the smallest size. Honestly, that better be some killer coffee if they have several coffee shops within walking distance. 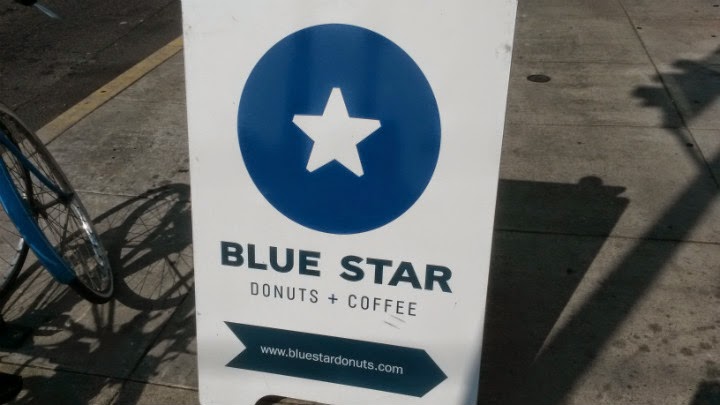 All things considered, a Fried Chicken Donut was nice to try for panda science. 7/10
Posted by Aaron at 11:00 PM