Having been part of a TV crew in the past, I know just how much time it takes to even get a few minutes of footage for one episode. It's basically being able to grab as much footage as possible, then take the best clips and edit them down into a mouth-watering package. 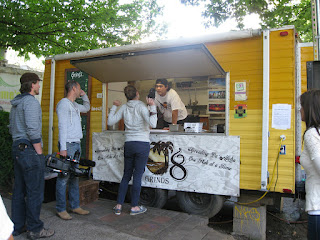 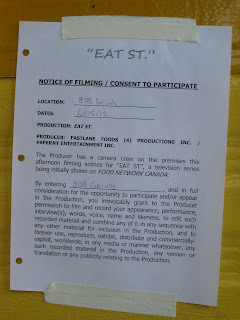 Comparing my pictures from last year and this year, the prices increased by about a buck. No big deal. It's normal for that to happen. 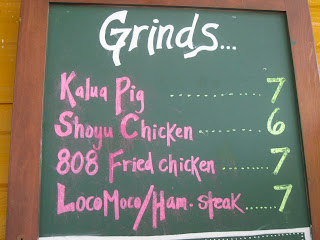 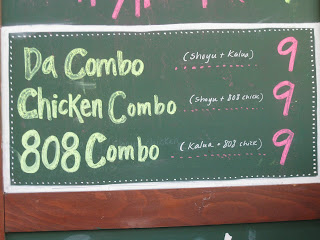 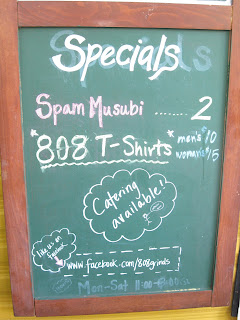 I first had a Loco Moco ($7), and trust me, it was a long time coming. First, a bed of white rice. Two hamburger patties, cooked to juicy perfection, with that slight, pleasing char to the exterior. An overeasy egg...and yes, it MUST be overeasy in my book. Gotta let that yolk run all over the place. Some shredded cabbage and mac salad on the side, and lots of light, creamy gravy. Add some green onion on top. Yes!

If there was ever a dish that took me back home, that was it right there. I could easily see myself eating one of these after a day of classes, a round of golf, or a few games of bowling. That gravy is just gold. A meal for any time of the day. And yes, fellas, it's excellent hangover food. Not that this guy would know firsthand... *looks left and right*

I also had some spam musubi. Yeah, that infamous meat and rice all wrapped in nori. Just adding that sweet teriyaki-like sauce (and perhaps konbu?) to this one adds incredible flavor. This Hawaii-born panda would like more rice, but I guess that's the island boy in me. Or is it a loco panda?

Granted, the spam musubi is small, but at a couple bucks, it'd really be an appetizer for me anyway. Figure if I have about...20 of these, I'd be good. Maybe that could be part of a future video.... 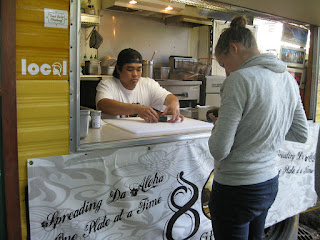 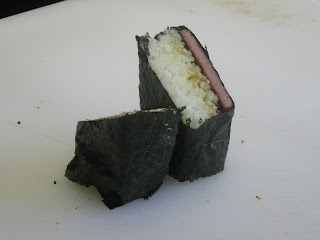 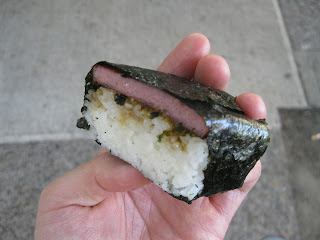 I heard through one of the regulars that there is another option not on the menu. For $10, you can get a "trifecta" of kalua pig, shoyu chicken, and their amazing 808 fried chicken. Just ask, and they'll make it happen! 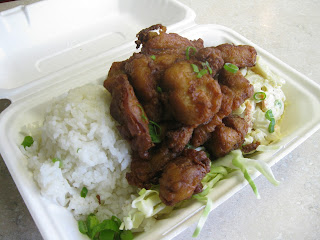 There's a reason these guys are so successful. Kevin and Jensen don't re-invent the wheel. Instead, they stay with the comfort foods us Hawaii boys grew up on. On top of that, the meals are all amazing. Go to this elite cart! 9/10
Posted by Aaron at 11:00 PM