While attending Last Thursday on NE Alberta St. (Portland, OR) at the end of August, I stopped at Back to Eden Bakery again to get a treat. I liked their vegan cinnamon roll last time and was eager to try another menu item I previously saw in the display case. 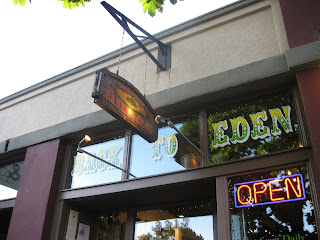 While the prices may have slightly increased over the last few months, that didn't stop me from trying the Peanut Butter Amaranth bar ($3), one of Back to Eden's bestsellers. A wonderful vegan choice that also happens to be gluten-free, sugar-free, and soy-free. 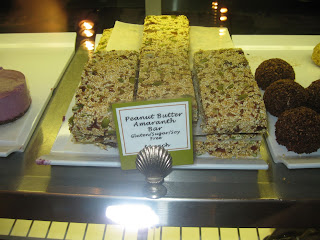 The peanuts are front and center in each bite. It's quite sticky, and while I feasted on some other food vendors during Last Thursday, that didn't stop me from completely devouring this bar. I tried to save some for later...I really tried. No damn willpower. Bad panda.

Amaranth is a grain the Aztecs had as part of their staple diet, similar to rice. I personally find it ideal for an energy bar. 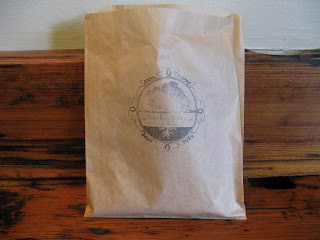 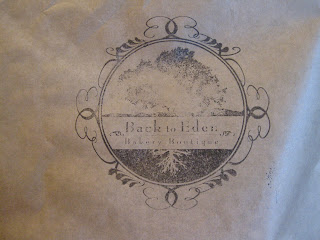 The display case these bars sit in is slightly cool because you'll also see some delicious-looking desserts in there. I personally liked this PB amaranth bar in its chilled state. I'm sure it would be even better slightly heated, with a scoop or two of their vegan ice creams on top. Happy panda dance!

Perhaps it was also a good thing that I opted for this particular item; it filled whatever space I comfortably had left and got me out of NE Alberta St. without a significant hit to the wallet.

For the record, I don't adhere to any special dietary restrictions. But I usually feel a lot better when I gorge on gluten-free and dairy-free items. With the panda having an insatiable sweet tooth, I'll turn to places like Back to Eden to try and quell the cravings (good luck with taming that one). 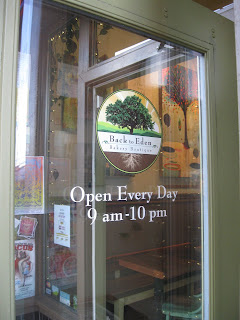 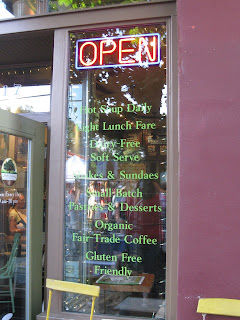