Petunia's Pies and Pastries is a gluten-free and vegan bake shop located near the corner of SW 12th and Alder in downtown Portland, Oregon. 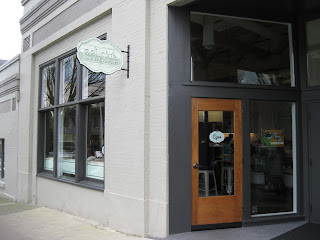 Lisa Clark started Petunia's in 2010 by selling her gluten-free baked goods at local farmers' markets and successful shops. She also did direct sales with customers and developed a strong following. I only found out about Petunia's after some other people I follow on social media started sharing Facebook statuses and re-tweeting messages. 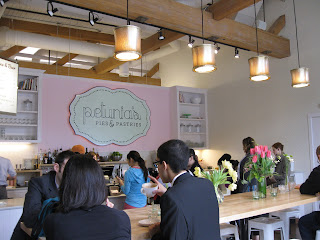 I stopped by on the second official day of business just after 10 in the morning. As expected, still a fairly packed place. A bright, inviting place. Several items were on the counter, including cakes, cupcakes, cookies, and pies. I also saw a couple of savory flatbreads and tarts. So many choices, but I didn't want my wallet to hate me. 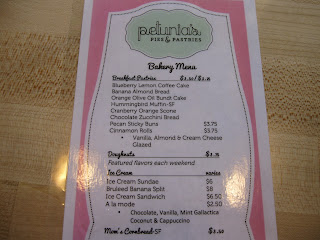 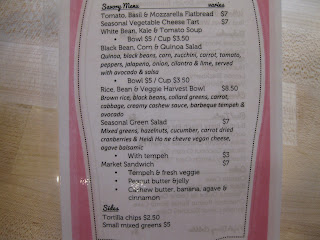 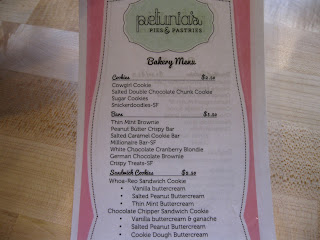 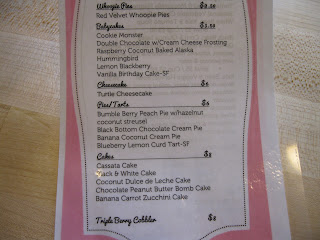 I started with one of the "Whoa-reo" sandwich cookies ($2.50), which came in vanilla, salted peanut, or thin mint buttercreams. I chose the Thin Mint one this time. 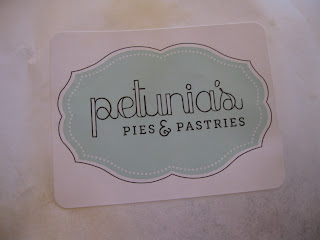 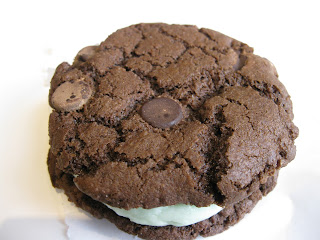 Just an outstanding product here. Two soft, chewy chocolate cookies (with chocolate chips) made me wish I got more than one. Amazing velvety buttercream. An unmistakable Thin Mint presence but not overpowering.

Being a cinnamon roll fanatic, I couldn't pass up Lisa's version of the cinnamon roll ($3.50). It looks like a thick sugar cookie in appearance, but has that springy, chewy nature that reminds me of a gluten-filled cinnamon roll. Inside, you can see a weaving, free-form trail of cinnamon and sugar. Tons of cinnamon in there! From what I was told, the cream cheese frosting uses tofu. Would have fooled me. Again, the frosting was on point, controlled sweetness. 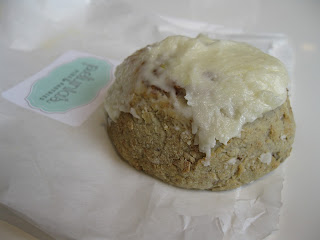 Oh, and you can get your espresso and alcohol fix here. Cocktails, wine, and beer! Petunia's opens at 8 a.m. six days a week (closed on Mondays). 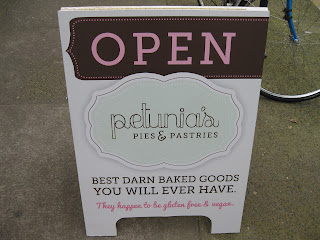 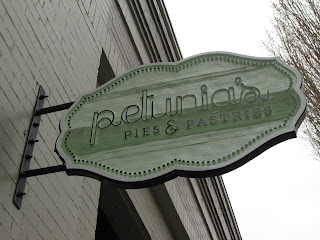