Castle Cauldron is a semi-roaming food cart in Portland, Oregon, that sells chili, chowder, and stew. The cart generally calls the Central Eastside food pod (corner of SE MLK and SE Washington) its primary home, but it may also be seen at various events in and around Portland. 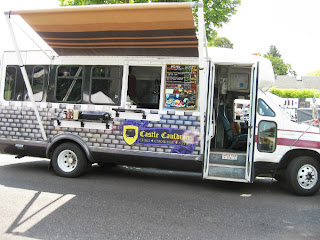 I finally tried this food cart out at the Alberta Street Fair in early August. Owners Travis and Angela Landchild served in the U.S. Army before embarking on their food cart adventure.

There are generally three types of chili on the menu, one being vegetarian. For me? Bring on the meat! 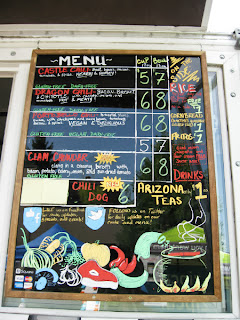 The Dragon Chili (12 oz. cup $6; 16 oz. bowl $8) has bacon, brisket, and chipotle, along with carrots, onions, and tomatoes. The brisket takes on a slow-cooked, shredded quality, ensuring a meaty bite every time. I'm not sure how much bacon I got in my serving, since everywhere I turned, I met yummy brisket. The chipotle faintly comes in for me at the back end. The sliced carrots still had a bite to them, while the diced onions still had a very slight crunch. The tomato presence is certainly there, which was awesome. Overall, the chili was hearty and delicious. 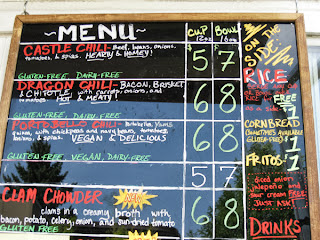 The Castle Chili ($5; $7) has beef, beans, onions, tomatoes, and spices. A hearty and homey feel.

All chilis are gluten-free and dairy-free. The portobello chili is also vegan. No MSG in any of their menu items.

You can get rice added for free if you want the chili poured over it. Otherwise, it's $1 on the side.

There's also a clam chowder on the menu that sounds amazing. I mean, there's bacon in there. Gotta have that. Yup, that's also gluten-free.

The side of cornbread ($1) was well-executed. Loved that it was baked like a cupcake or muffin, as opposed to the usual square slice one may get. 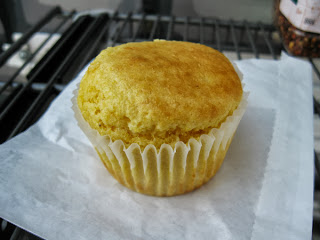 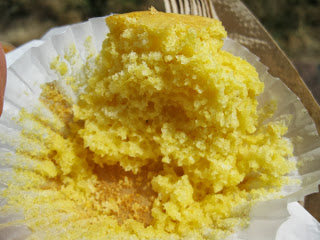 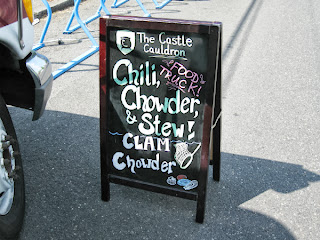 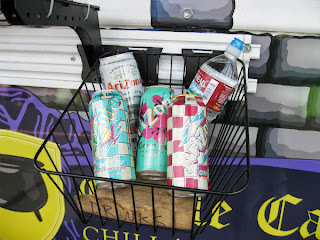 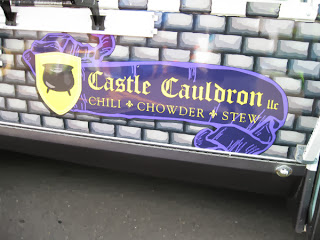 Love the food cart design and medieval gimmick. A solid recommendation for Castle Cauldron! 8.5/10
Posted by Aaron at 11:00 PM