Let Them Eat Cupcakes is located on South Beretania in Honolulu, Hawaii. Co-owners Kawehi Haug and Nick Gervais opened this cupcake shop in 2011. 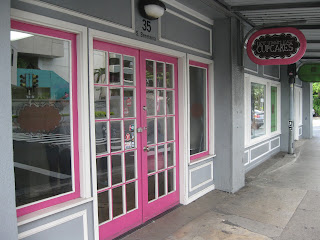 I remember wanting to try this place when I came home in 2011. Unfortunately, at the time, they had sold out of cupcakes by lunchtime, and all I really remember other than that was why they bothered to stay open even when they had nothing to sell. It never crossed my mind that they could still stay open and at least invite customers (face-to-face) to come back and try them again -- instead of being met with the locked door of doom.

The panda sweet tooth kicked in yet again after a light lunch, and luckily, there were a bunch of cupcakes when I walked in the shop on a Tuesday. It does matter what day you walk in, since some cupcakes are made only on certain days. 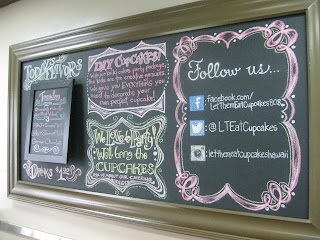 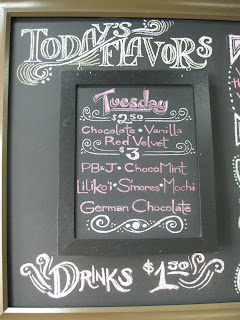 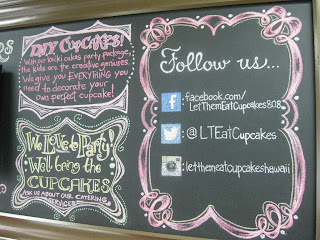 The usual vanilla, chocolate, and red velvet cupcakes are $2.50, while the specialty ones are $3. Each cupcake is standard-sized, none of the mini-me cupcakes or the cupcakes that looked like they took a zillion supplements and pumped iron beforehand.

I went with a Lilikoi cupcake ($3), a lilikoi cake with lilikoi curd filling (inside the cupcake), topped with vanilla buttercream and a lilikoi drizzle. A pleasing, refreshing choice, with the lilikoi front and center. The buttercream is extremely light, almost to the consistency of a meringue. I thought the cupcake itself was a bit on the dense side. 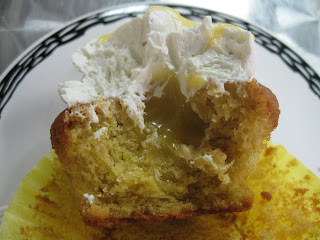 Another specialty cupcake was a mochi cupcake. You know you're probably in Hawaii when you see something like that. I've even seen a Peanut Butter and Jelly cupcake on the rotating menu, and the flavors may trigger childhood memories of some sort. One should also look out for seasonal flavors. 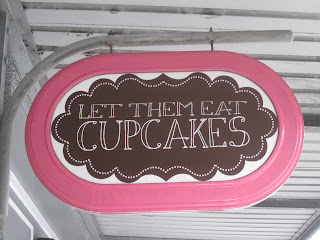 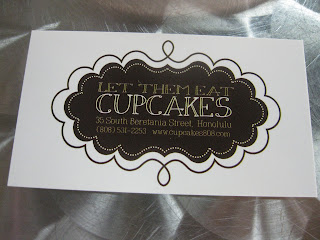 A few articles have been written about Let Them Eat Cupcakes. One in particular, written in May 2011, has an awesome slideshow. I hope to come back in the future and try more flavors! 7.25/10
Posted by Aaron at 12:00 AM